There are a bunch of ‘What Would You Do?’ type shows out there. The producers set up scenarios and ordinary people come in and actors play out these scenes that present certain dilemmas ” like pretending they are short of money on a transaction or pretending to be drinking on the job and then having to go out and drive to a customer. It’s a morality tale.. and this video is similar, except no host runs out and interviews the people afterwards.

We see a kitten that’s been placed in a shoebox on a street corner. It looks like the little guy has been abandoned. Will people help this fuzzball get a new home or will they just keep on going on about their business? Sadly, it looks like the latter, since we see many feet walk by, without even any of them stopping to register what’s there. Finally, we do see a pair of female feet walk by, stop and then turn around and walk up to the box. She reaches down and removes the kitten while the words ‘Be The Change You Want To See In The World’ .

Here’s something that needs to be cleared up right away: this was a public service announcement. The kitten was not in any danger and was not in the box all day. The filming took around half an hour, maximum. The people who used him knew that he wasn’t going to climb out, which is why he was the subject. There were no variables that could have ruined it – they controlled every aspect of it.

A Greek rescue organization named SCARS was the brainchild behind this video. I’ve written about them in the past. Another reason why this kitten was in no danger ” he’d been rescued by the SCARS people and had already been checked out and proclaimed to be in good health. What was this all about? People need to take control of their lives and not let other force take over. Though it is nice to get a helping hand sometime. 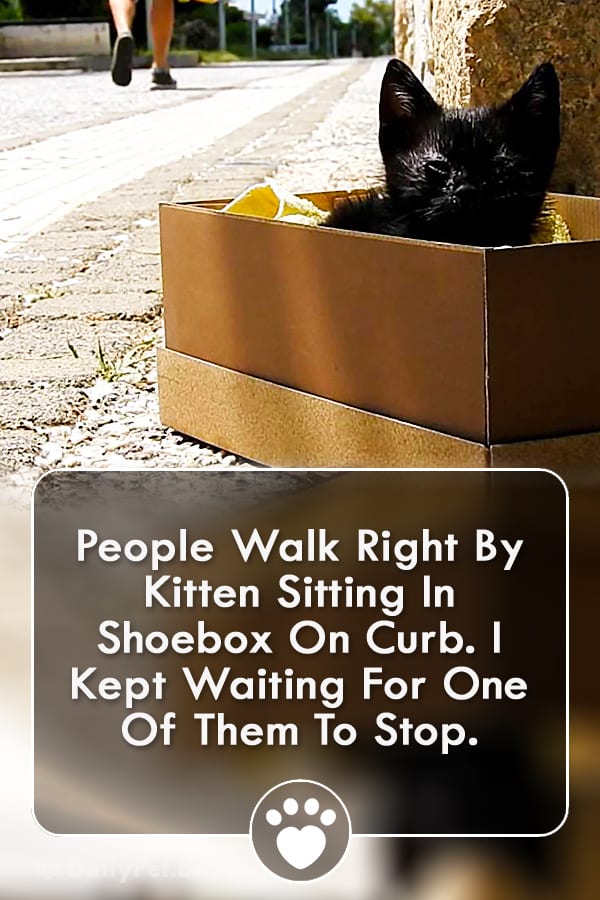