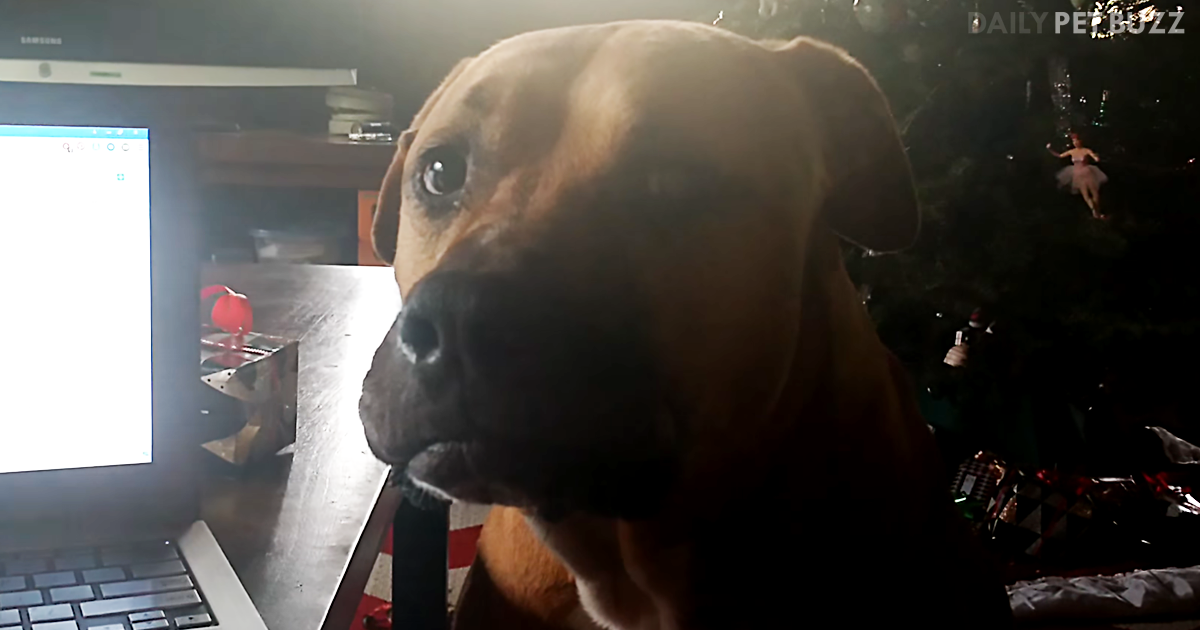 Howling comes second nature to dogs. But not all doggies are blessed with the instinctive ability to howl. Take a look at this pooch in this video, trying his utmost to howl.

It seems that Kano, a Pitbull, hasn’t gotten the hang of howling. His mommy is playing a video of a dog howling to help him try to do it (honestly, that cracked me up). He’s more than game, but every time he throws his head back, out comes a – not-howl.

It’s all his mommy can do to not laugh too loud at the sounds that come out. He even furrows his brows in concentration several times before his next futile attempt. Kano looks over at his mommy a couple of times like, ‘I’m trying – OK?’ He cocks his head to the side as if he’s trying to identify the pitch of the howl, and then he tries to replicate it. Yeah, it’s a good thing he’s not in the wild since all the other animals there would probably fall over laughing at him.

At least he’s a good sport about it here, and his mommy is encouraging him the whole time. Perhaps Kano will live out his days as one of those dogs who can’t howl. Despite his shortcomings as a howler, this is still one adorable dog. Check this hilarious pooch out in the video below – his not-howls will surely have you howling – with laughter.