Antonio Stradivari was an Italian luthier and a crafter of stringed instruments such as violins, cellos, guitars, violas and harps. Stradivari is generally considered the most significant and greatest artisan in this field.

Stradivari was a student of Amati, he would have begun his apprenticeship in 1656”58 and produced his first decent instruments in 1660, at the age of 16. His first labels were printed from 1660 to 1665, which indicates that his work had sufficient quality to be offered directly to his patrons. However, he probably stayed in Amati’s workshop until about 1684, using his master’s reputation as a launching point for his career.

The Italian crafter of stringed instruments developed his own style slowly.

He is best known for his master-crafted violins. He created more than 1,000 instruments, and 960 of them were violins.

However, he also produced a small number of guitars. One particular guitar that was crafted in 1679 is the ‘sabionari.’ These guitars have ten (doubled) strings, which was typical of the era.

According to forgottenguitar.com, this is the only playable Stradivarius guitar left in the world!

It was altered to fit the style of more modern instruments at the beginning of the nineteenth century. However, it was recently restored to its original baroque configuration!

You can see a dazzling performance on the only remaining playable ‘sabionari’ guitar by ROFL Lislevand, courtesy of the Museo del Violino.

What do you think of the ‘sabionari’ and how ROFL Lislevand performs using the ten string guitar? Would you play it? Use the comments section below and share your thoughts. We’d love to hear from you! 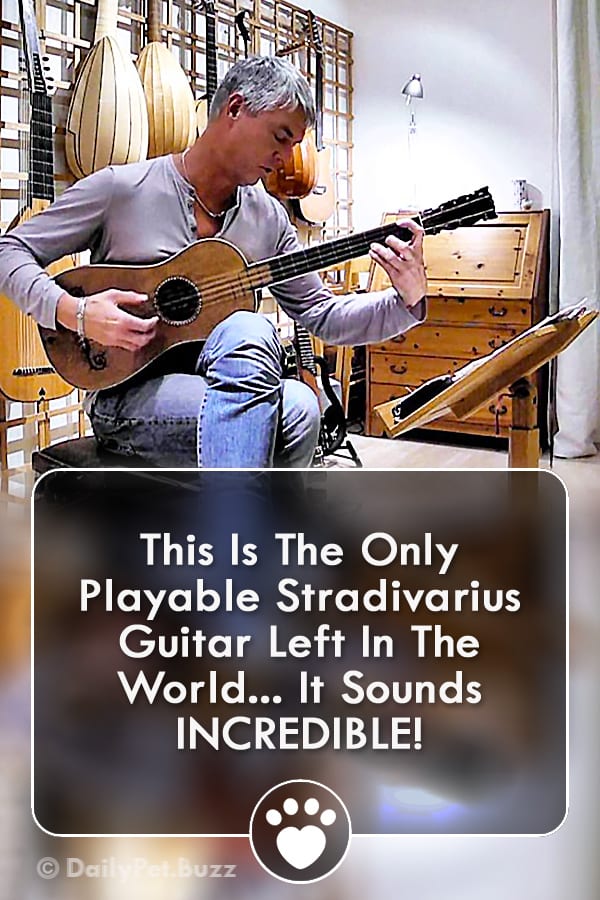