Family isn’t always determined by blood, or even by species. Sometimes the relationships that matter most come to us in unexpected ways. The elephant in the video above knows just how important family is, even if they aren’t pachyderms like him.

Moyo  was only a few days old when he was found. He’d tried crossing a river, possibly with his elephant family, and wasn’t strong enough to fight the current. He nearly drowned, and was rushed to the Wild is Life Sanctuary for help.

Roxy Danckwerts, the sanctuary’s founder, went straight to work resuscitating Moyo, and she and her team were able to nurse him back to health. Moyo knows who saved him, and now Danckwerts is his best friend in the whole world.

In the weeks following his rescue, Moyo began following Danckwerts around the sanctuary. Everywhere she went, he’d want to go to. Now, over a year later, Moyo is rapidly growing into his elephantine stature. He still thinks he’s a little baby, who can crawl into his human’s lap at any moment.

Check out Moyo following around Danckwerts in the adorable video above! What did you think? Leave us a comment, we’d love to hear from you! 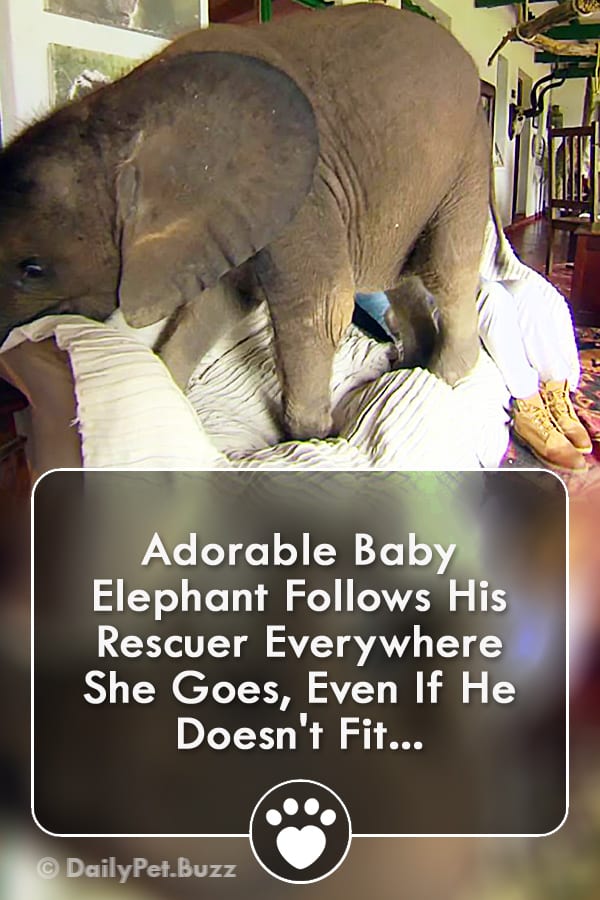