When Chris and Mariesa went to their local shelter to adopt a dog for their family, they met Storie and just couldn’t leave her alone. She was pregnant and very close to giving birth and she was scared in the shelter. The couple already had several big dogs at home, but they took Storie home anyway so she would feel safe and could have her 12 puppies without being afraid.

Fortunately, this kind couple, who had already done so much for the shelter dogs waiting to be adopted, didn’t hesitate to open their home to Storie and her twelve puppies, although they didn’t yet know she would have twelve, so that they would have a better chance of survival and a happy life. They gave Storie a safe and comfortable place to rest and have her babies in peace.

Chris and Mariesa thought they would have a few days with Storie before she gave birth, and they got her settled and comfy as soon as they got home, but to everyone’s surprise, she had all twelve puppies less than 24 hours later! It’s like she was just waiting for the right people to take her home so she could give her puppies the best care they deserved in a home where they would be safe and loved. In just a few hours, their lives changed drastically and twelve healthy puppies were delivered. 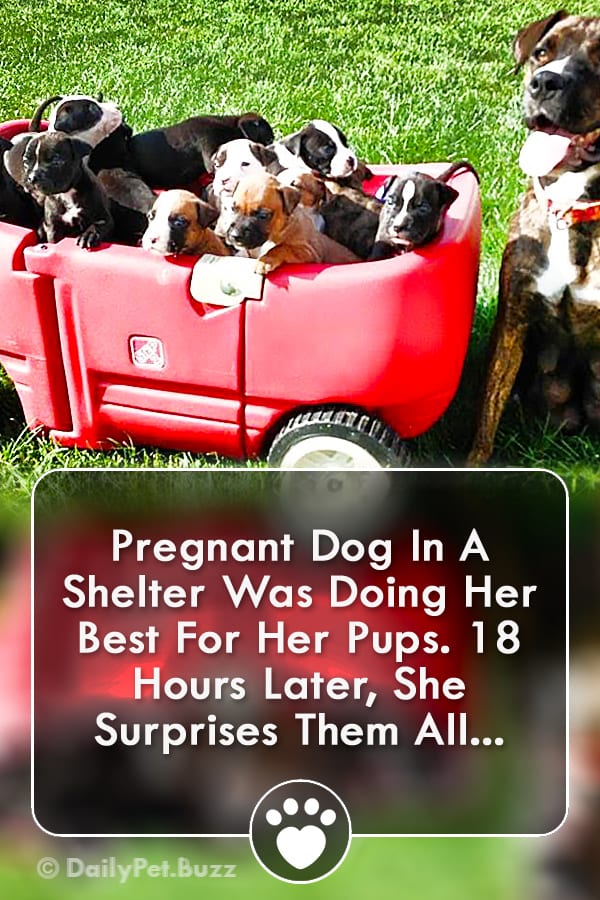