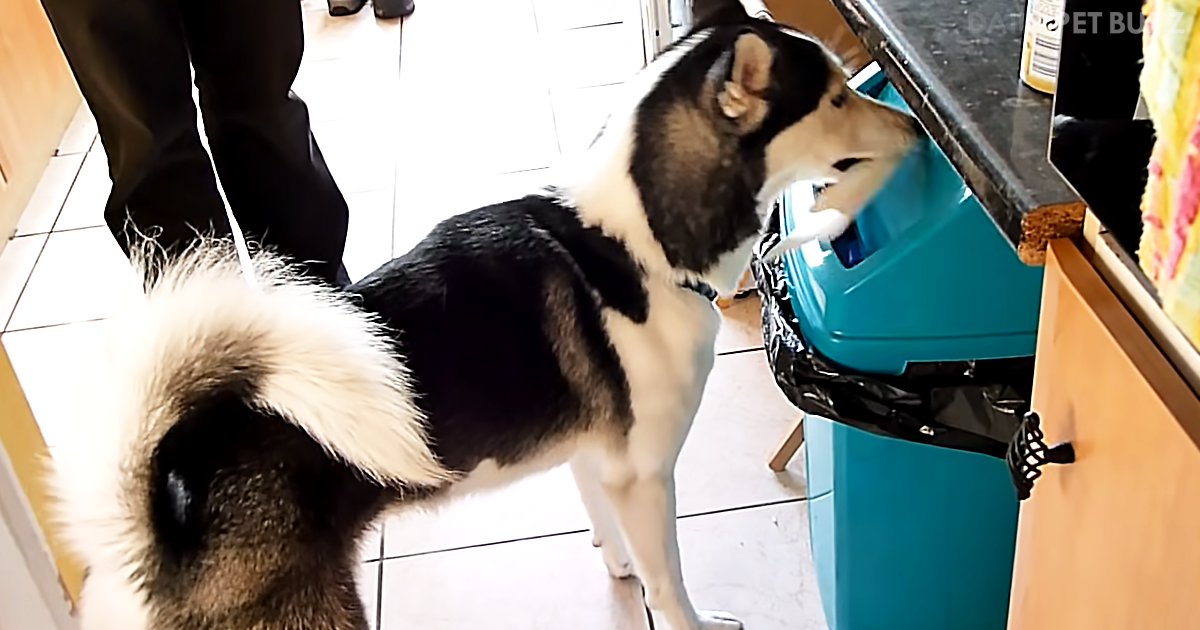 I cannot get enough of watching videos of animals doing tricks. Part of the reason is that I have two cats who couldn’t care less about trying to learn how to do tricks. My male cat is a bit rambunctious and does like to play, but my female cat might push a cat toy with her paw for 5 seconds before she gets bored and wanders off. Neither of them will do anything like the dog that stars in this video.

We see a 22-month-old husky named Dexter, who has a lot of tricks up his sleeve – paw. He does the usual ones like Sit, Roll Over, Shake Paw, and Lay Down. Then there are other more complex ones – he plays dead when his daddy pretends to shoot a gun. He gets mail from the door slot (It looked like junk mail. I’d hate to get doggie drool on important mail), and he also throws out trash into the bin.

The video lasts a little longer since there are times that the daddy has to repeat a command for the husky since he’s so intent on trying to get another snack. That’s the risk of doing the rewards per trick since that hunger might override the commands. But he does eventually do the trick that he’s asked to do.

It’s clear that he’ a very intelligent dog and has probably done this for a while. It was a cute series of tricks that showed some level of training, but it wasn’t completely polished like we see from other similar-type acts. It did make for a nice home video, though, and two-plus million views since 2011 is not shabby at all. Check out Dexter the clever husky in the video below.