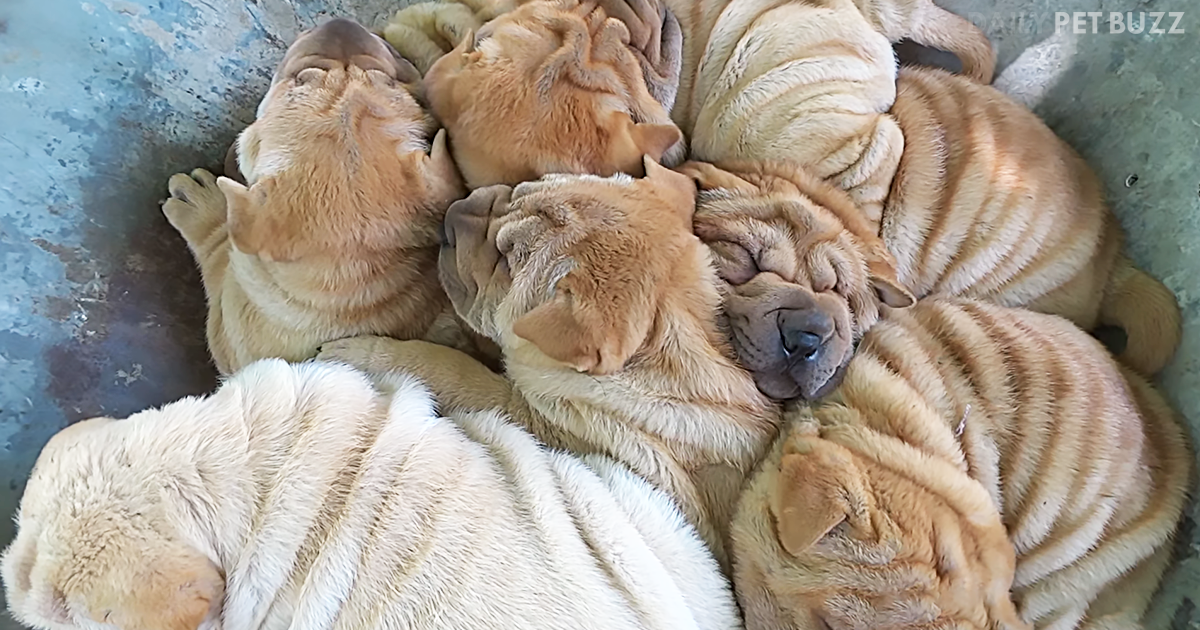 There are some really strange videos out there on YouTube. This is not a surprise since there are over 80 million videos on the video-sharing site. If you watched a second of each – you’d be very old and still not make a dent in how many there are.

There’s gold among these videos, though. Take this one here. It takes a very simple premise and turns it into an odd yet very cute sight to see. It’s a little difficult to guess how many Shar-Pei puppies are actually in the cart here. It’s because they have so many doggone wrinkles on their faces and bodies that it’s hard to tell where one puppy ends and another begins. I’m going to guess that there are six here, with a margin of error of one dog, give or take.

The person filming the video pushes them along the street to the tune of Wagner’s ‘Ride of The Valkyries.’ The music is far more rousing than the video. Toward the end, one or two of them have stirred a bit and decided to see what is going on around them. The rest of them are still fast asleep. I can’t say that I really blame them. The motion of the cart must be so soothing for them. It made me feel sleepy just watching them.

Lucky puppies – getting to sleep whenever they want. It makes me want to go curl up in a wagon myself. I wonder what it was that made this guy sit up and say, ‘You know what? I’m going to go put a bunch of Shar Pei puppies in a cart and push them around on the street. I’m sure that the guy got a lot of weird looks as he did this. Even though it made me sleepy, I thought all those pups were adorable. Don’t miss all those wonderful wrinkles in the video below. 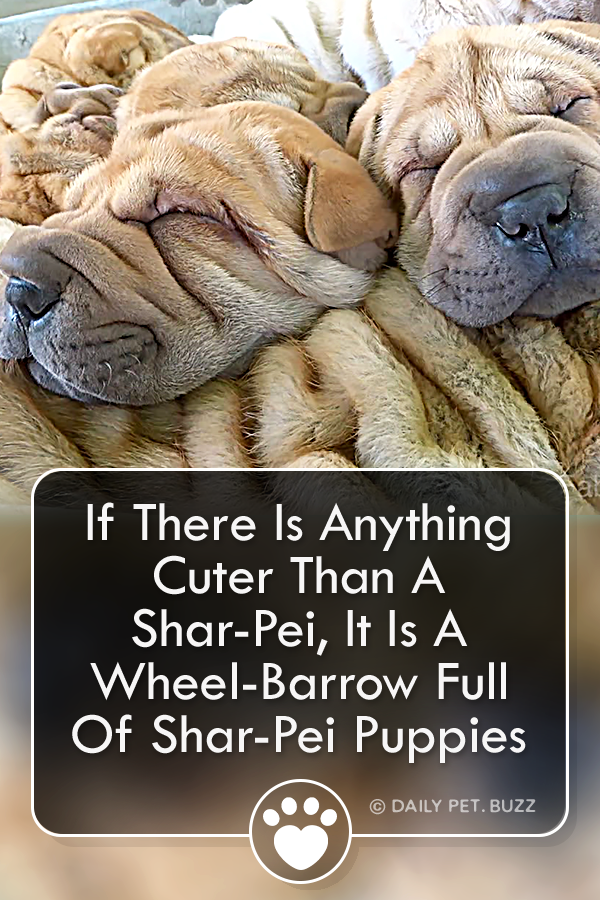