Family dogs have a way of being super-kind, sweet, and just plain adorable when they’re around children, especially babies. In some cases, a dog will take its cues from the child and play right along with them. Other dogs are more inclined to take a parental attitude, guarding and keeping watch over the little humans who are part of their pack.

After having a baby, one couple discovered that their delightful, if slightly nutty, Boston terrier named Humphrey was very much a “let’s play” type dog rather than a would-be substitute parent. As you’ll see in the video posted below, Humphrey really loves Keira — his determination to frolic in and near her crib makes this clear. The little goofball jumps around all over the bedroom, hopping onto a bed and then flying into the crib, next bouncing out and onto the floor, finally doubling back and heading for the crib again.

Mom tries telling Humphrey to calm down and get out of the crib, but this zany little dog just isn’t listening. The expression on his face seems to say, “This is the most fun I’ve ever had! I love this kid! Nothing will make me stop!” He does some more dashing around before settling back into the crib. Mom again begs him to get out, but his response is to spin around a little and then settle down into a more comfortable position, snuggling against little Keira.

And speaking of Keira, she’s having a wonderful time, too. When Humphrey the crazed Boston terrier lands in her crib, she beams with delight at her absurd but lovable little dog. Since this video was made, the two of them have gotten older, but the more things change, the more they stay the same. “Keira and Humphrey’s bond is going strong! They are inseparable! It is a blast to see a child and a dog be best buds! And no he still does NOT listen. Haha!’ 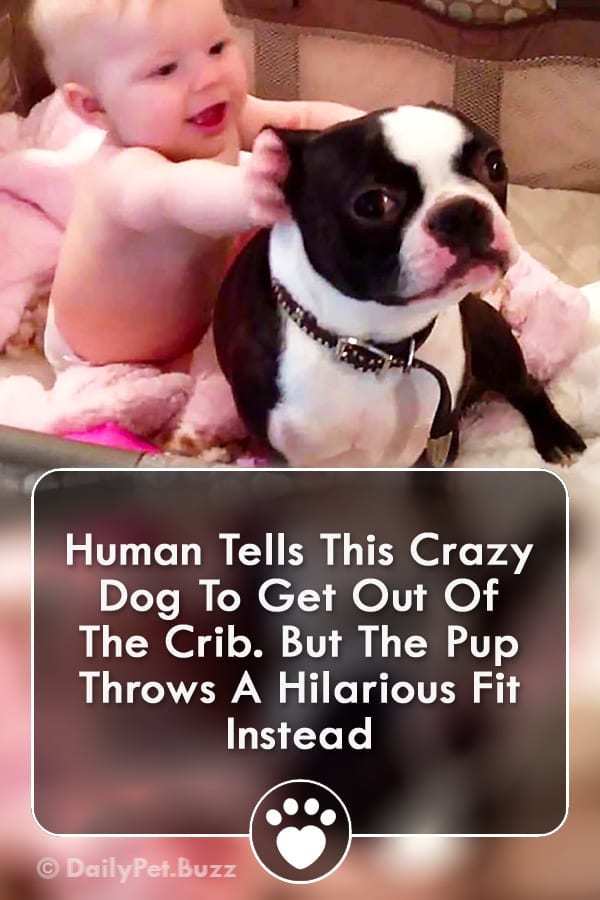