While the New England Patriots may have shocked the Atlanta Falcons to win the Super Bowl in overtime on February 6, 2017, the real winners were the people who got to see the Puppy Bowl. There were three dogs that got to get the chance of a doggie’s lifetime ” be the first special needs pups in the game. Hopefully it would propel them to be able to get a forever home, which they richly deserve.

The first of the three dogs had three legs – and a big heart. The second dog had visual problems and the third was deaf. That didn’t prevent them from going out and playing their hearts out in this pseudo-game. In case you’ve never seen a Puppy Bowl, they pretend that they are playing a football game, with the rules VERY, VERY, VERY loosely resembling that of a real football game. This is more about puppies being adorable and that’s the way that it should be.

This was a great example for the people at the Puppy Bowl to set for others about how to be inclusive. We should be a country that embraces diversity instead of shunning it. These dogs are just as capable of bounding around having fun as the other ‘abled’ dogs on the playing field. They can also be just as warm and loving to any family member as any other dog – as long as they are treated with the love and respect that they deserve.

One thing about the Puppy Bowl is that they tape it several months before the Super Bowl. Trusting puppies on live television would be a foolhardy endeavor. Some of the dogs that appeared in this were already adopted by the time that the video ran. Hopefully after the Super Bowl, these three special needs dogs scored a touchdown and got homes of their own. Still, all of the dogs in this video were MVPs- Most Valuable Puppies.

Weren’t these pups adorable? Wouldn’t you want one of them? Please leave your thoughts in the comments section. Also, it would be great if you ‘Like’ us on Pinterest. 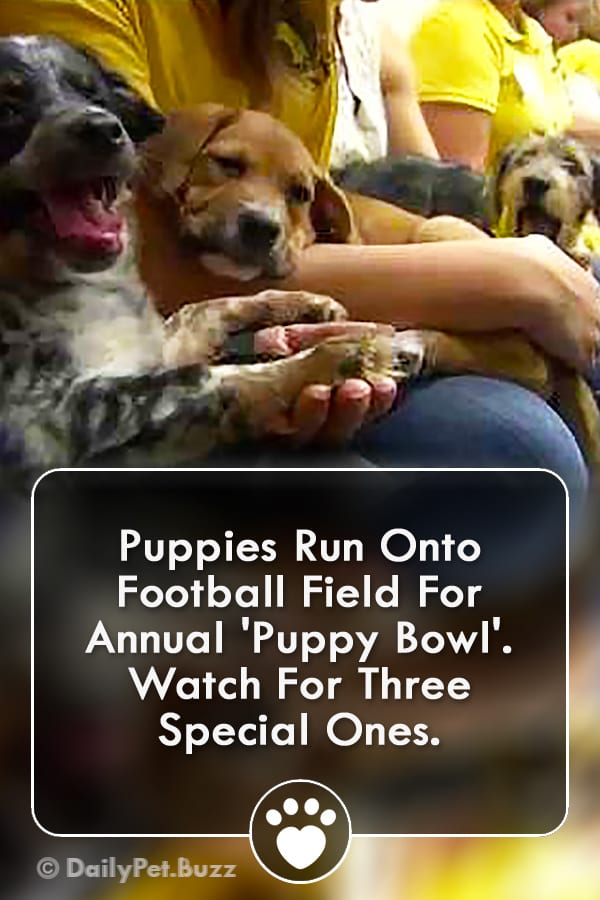