Pipsqueak is one of the cutest things you are ever going to lay eyes on. This little pygmy goat wants to be friends with everyone she meets. But the puppies in this farm seem to have a different mindset. Pipsqueak doesn’t give up though. She was determined as she approached one of these puppies and formed a special bond with him. 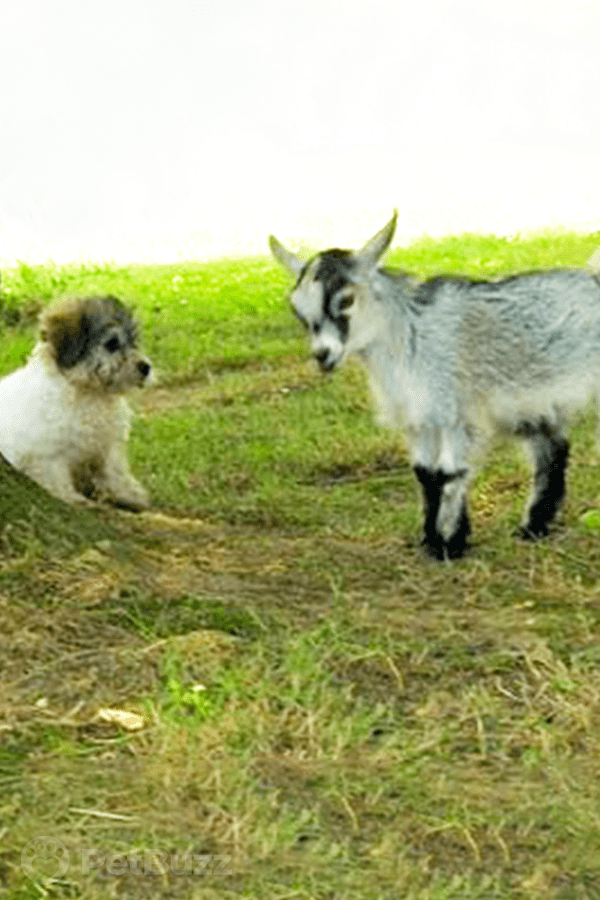 In spite of all their obvious differences, Pipsqueak the goat and Snowflake the puppy realized how much they were alike. After witnessing a lot of fun and cute playtime between these two, the other puppies from the pack quickly joined them. That’s how Pipsqueak was accepted as a member of the famous clique on the farm.

Pipsqueak isn’t readily accepted by the puppies after she tries to headbutt them, but when Snowflake approaches shyly, and they run and chase each other, the other puppies see how much fun these two are having and decide to investigate. Pretty soon, Pipsqueak has four adorable, fluffy puppies to play with. She’s so excited about her new friends!

At first, I thought there were only four puppies in the video, but once four of them befriend this pygmy goat, the others come running and pretty soon Pipsqueak has more puppy friends than she can manage. There must be at least ten of them chasing her and wanting to play with her. 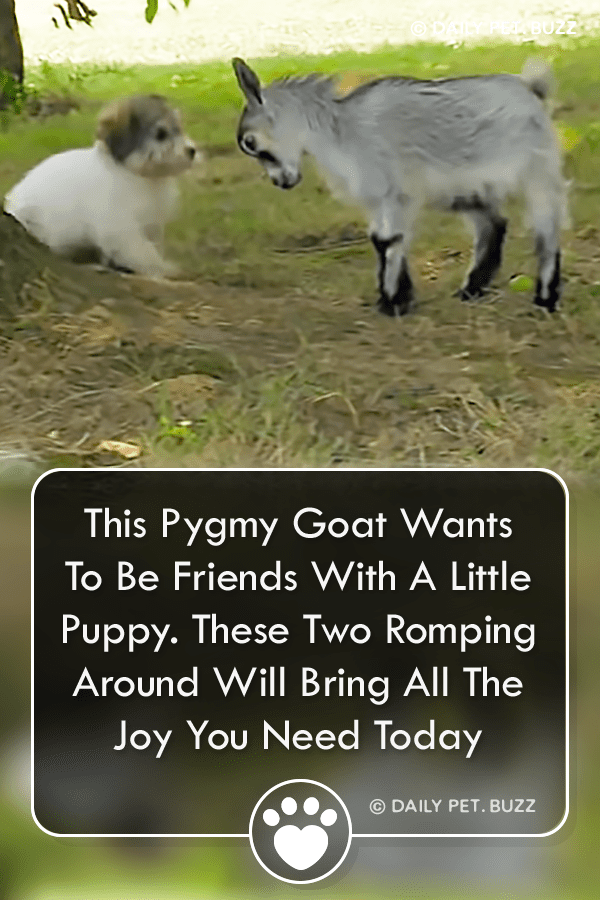