There’s a puppy in this following video that will conquer your heart in a second. He sure does love to sleep, and when he does, it’s almost impossible to wake him up! I know that some dogs sleep pretty heavily, but this one puppy takes it to another level!

And what happens in this next clip really blew me away. It’s not easy for a mother to wake up her dear puppy, especially when he looks as cute sleeping as the one in the video, but since he’s asleep in a forbidden place, she has to do something about it. No dog should be allowed to sleep on the kitchen table, no matter how cute they are! But this puppy seems to feel it’s the perfect place for him. I’m pretty sure he didn’t ask permission.

But the mother’s efforts to wake up the puppy seem to be insufficient. I never would have believed it possible for a doggy to be such a peaceful sleeper, especially when someone is poking him and trying to wake him up! She tries to pet the dog on his belly, but that doesn’t do the trick. The dog barely reacts at all! She tries playing with the dog’s feet next, and one would think that’s already too much, but it doesn’t work either! The dog just stays in dreamland, forever.

Watch this adorable doggy with a very sound sleep in the video featured just below, and if you enjoy it, remember to share it with your friends on Pinterest. 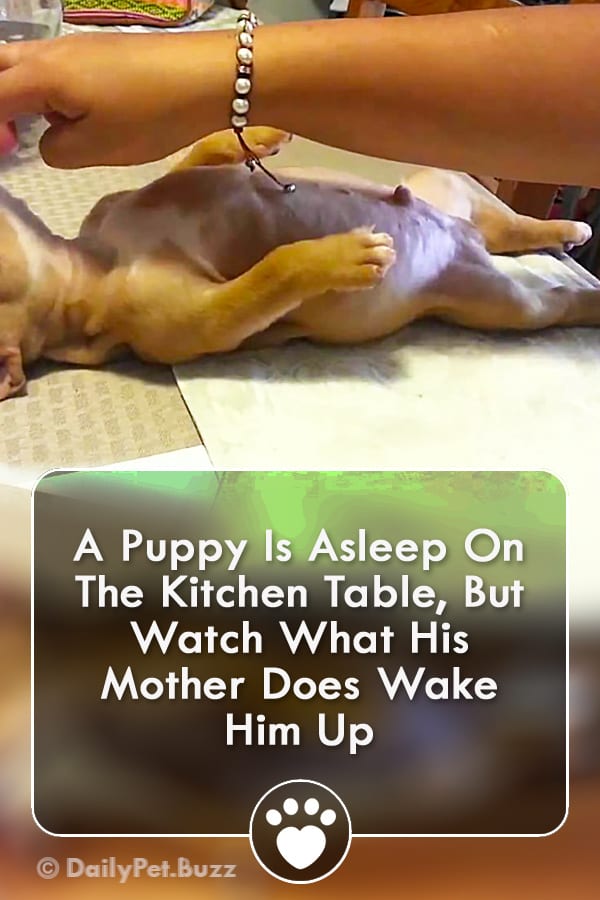