Crate training is a topic that will certainly start a discussion among dog owners. Some dog lovers believe that crates are the equivalent to  prisons that inhumane and don’t let a dog enjoy it’s freedom. Then you have those that think that crates are an indispensable training tool that is perfectly acceptable it allows a dog to get in touch with its roots as a pack and den animal, the wolf.

Whichever side of the debate you favor, you will want to see this video of an adorable Maltese puppy named Sophie and her frustrated human named Julie.

When it’s time for bed, Julie would put Sophie inside her crate.  Whenever Julie came back to let her out, Sophie would be tearing around the house, playing with her 6.5-year-old German Shepherd pal Twitch.

Julie thought that the escapes were due to her  forgetting to latch the crate. After it kept happening Julie refused to believe that she was that forgetful and that something else was happening. This is when she decided to get out a camera to record what was going on while Sophie was supposedly safe in her crate.

Check out what happens below in the clip and try your best not to laugh out loud. If you find it enjoyable please share it with your friends and leave a comment to let us know what you thought. 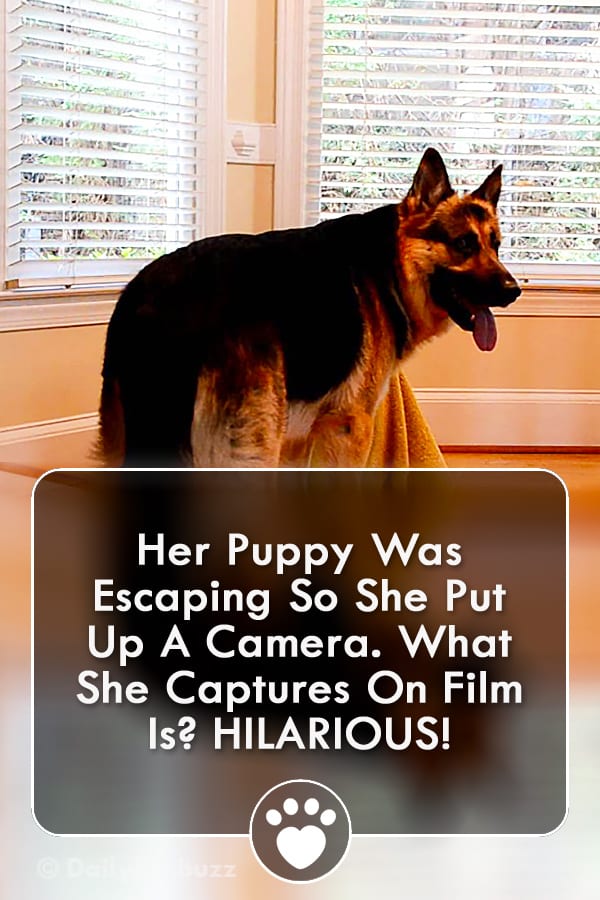