Dogs aren’t mere livestock; they’re part of the family. In fact, it’s easy to forget our canine friends aren’t fellow humans! People love their pets so much that they anthropomorphize them, projecting human-like traits onto them. Needless to say, just when dog is about to be promoted to the rank of honorary human, his or her inner canine will come bursting out, usually at the expense of a flower bed or some unfortunate couch cushion.

The star of the video posted below is a thoroughly adorable baby bulldog named Bentley. He manages to be childlike and doglike at the same time, throwing a temper tantrum but with some canine flourishes.

But first a word about bulldogs. They’re one of the most charming dog breeds, perhaps due to their comical appearance: stubby legs, funny walk, droopy face, and absurd underbite. Bulldogs were first bred in England and have become a national symbol: think of the way cartoonists have used the bulldog to represent Britain, suggesting stubborn determination. Perhaps it’s no coincidence that Winston Churchill, who led Britain through its darkest days, actually looked like a bulldog! Although courageous, bulldogs aren’t aggressive. In fact, their disposition is normally gentle and kind. They get along well with other animals as well as children, making them an ideal family pet.

Bentley, presumably named for the British luxury car, was an adorable 8 week-old when this video was made. The little guy loved hanging out on the couch, but his human dad just put a lot of work into cleaning it and told Bentley he wasn’t allowed up there. The pint-sized bulldog was not amused. He threw a tantrum worthy of a human toddler on a bad day but added some adorable canine flourishes: waving his paws around, barking, and some endearing little whining noises. He really, really wants dad to reconsider!

Did Bentley’s loss of composure melt your heart, make you laugh, or both? Let us know in the Facebook comments. Be sure to like and share, too! 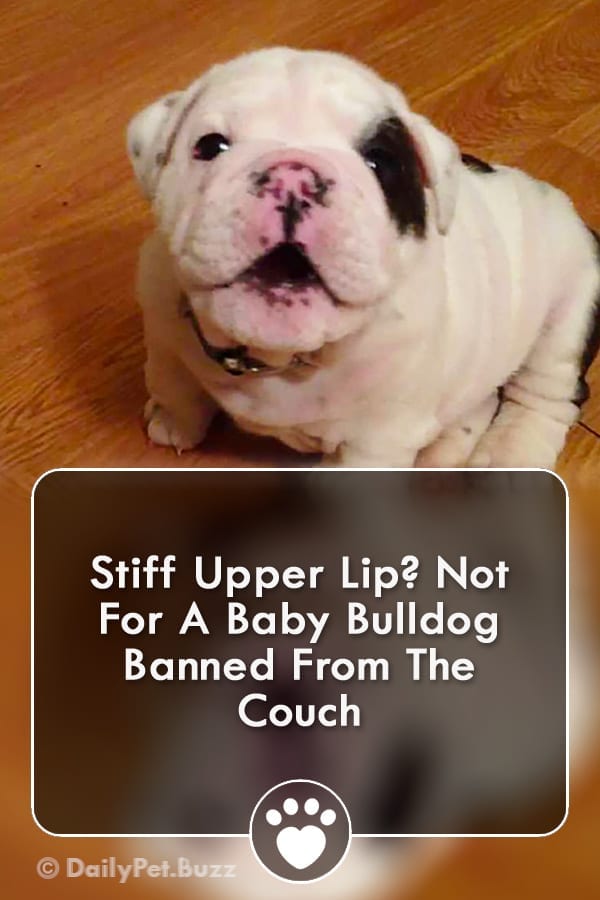