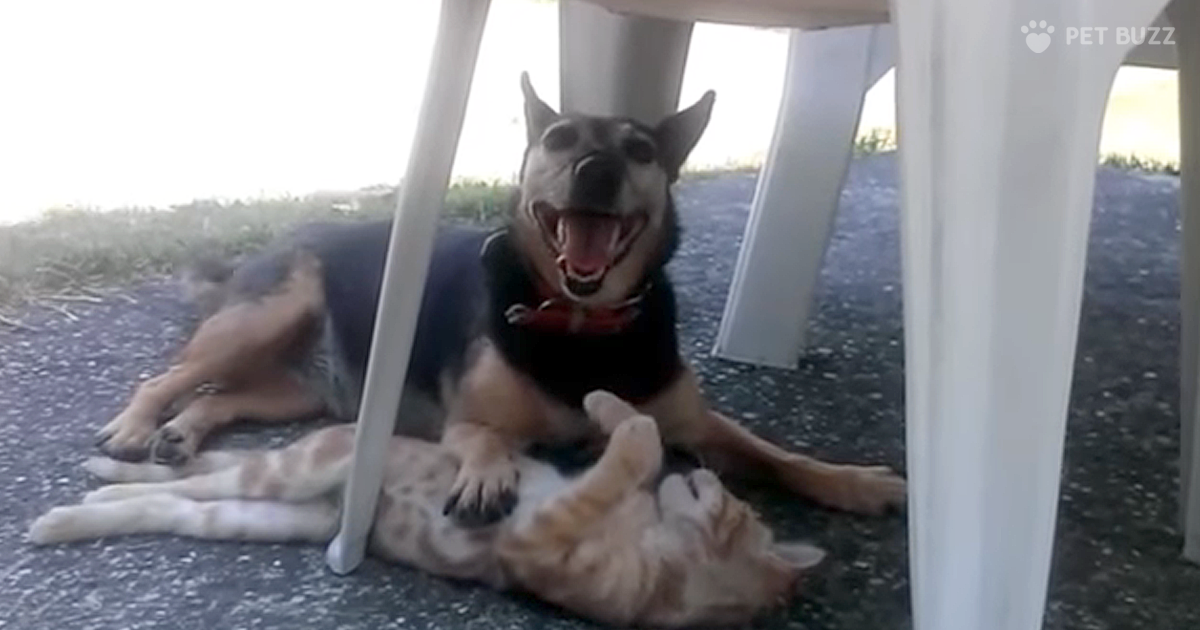 Feast your eyes on Peggy, a rescue dog who, despite her natural age, still maintains her playful and ever-friendly puppy spirit deep within. She was adopted by a very lucky family, who had a long-running tradition of helping out stray kittens that they rescued from the streets and from shelters. Peggy is the only dog that they’ve rescued, so she’s alone in a sea of kitties.

Peggy is a dog who has lived surrounded by many cats all of her life, and she’s grown so used to it, she believes she’s an honorary cat herself now. Her old dog habits have been slowly fading away, but that doesn’t mean she doesn’t have a playful and social spirit. Just look at the way she plays with a tiny kitten in the video below, it will melt your heart.

She’s very comfortable playing with cats in their own way, and you’ll be able to see that for yourself below. It’s clear that she’s kind and gentle around her smaller friends, and it’s frankly adorable to see just how well they can get along with each other.

I wish I could have Peggy and the kittens at my home. Watch this adorable moment that Peggy shared with a kitten, in the video below. 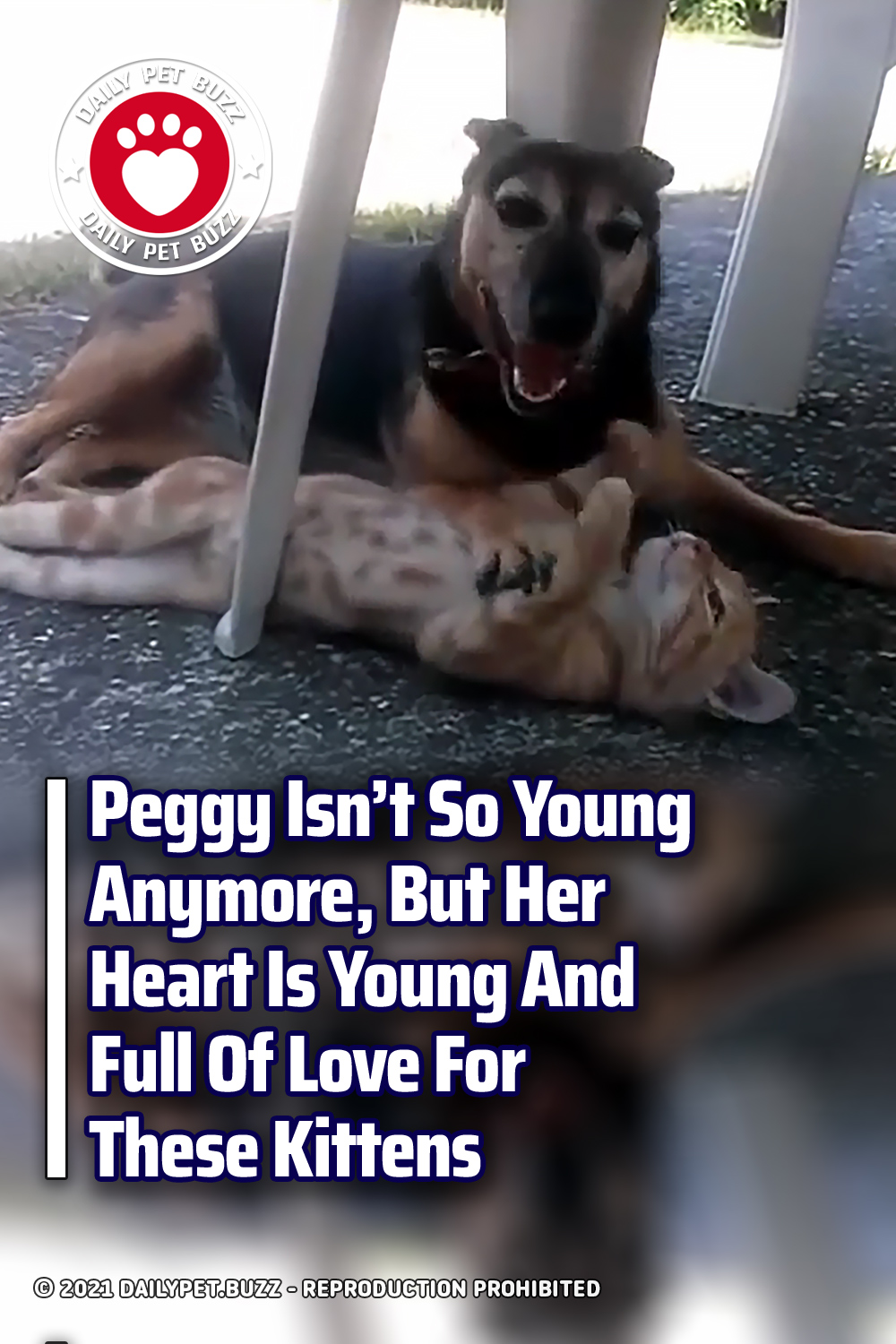