To me, abandoning a child is the worst thing that someone can do. Second on that list of terrible things is abandoning a dog or cat. They relied on you to take care of them and you just left them behind like an old piece of clothing. I don’t know how people can live with themselves after doing that. But those animals are abandoned usually have such wonderful spirits. Take this dog that we see in the video.

We see the Hope for Paws rescuers at a junkyard. They find a dog that is unrecognizable as being a Huskie. She’s got so much mange and other wounds that she actually looks a bit like a white hyena. She eats some food that the rescuer shows her and then she allows him to put a leash around her neck. Perhaps she senses that this is her best chance, though there are times that she tries to return to her spot. Eventually, she gets into the car.

At first Miley was really shy while she was being treated, but she gave her rescuer a kiss on the cheek on the third day and her personality really began to shine. She also made a new friend, a Chihuahua whom the Hope for Paws people had found in a drainage pipe, all abandoned and scared. Perhaps sensing a kindred spirit, Miley bonded with this new dog, named Frankie, and the two became fast friends.

Hopefully both Miley and Frankie found forever homes. I was so happy to see the Huskie take this little Chihuahua under her paw and make sure that he knew that he was cared for. The size difference was hilarious, too. He was like the size of her head. Oh well. Friendship knows no size limits, right? The people at Hope for Paws deserve a lot of kudos too for bringing these two together.

What did you think of Miley and Frankie? Tell us all your thoughts in the comments section! 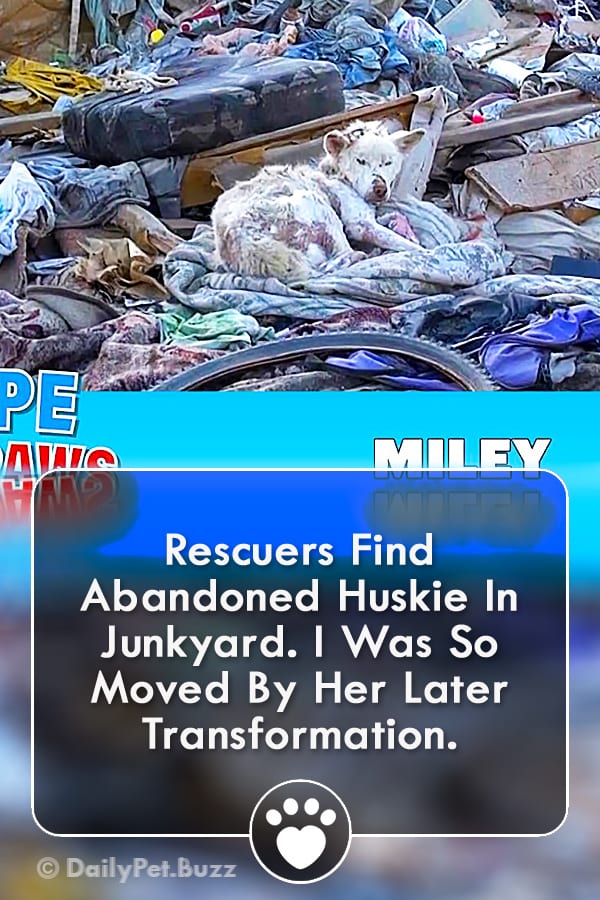