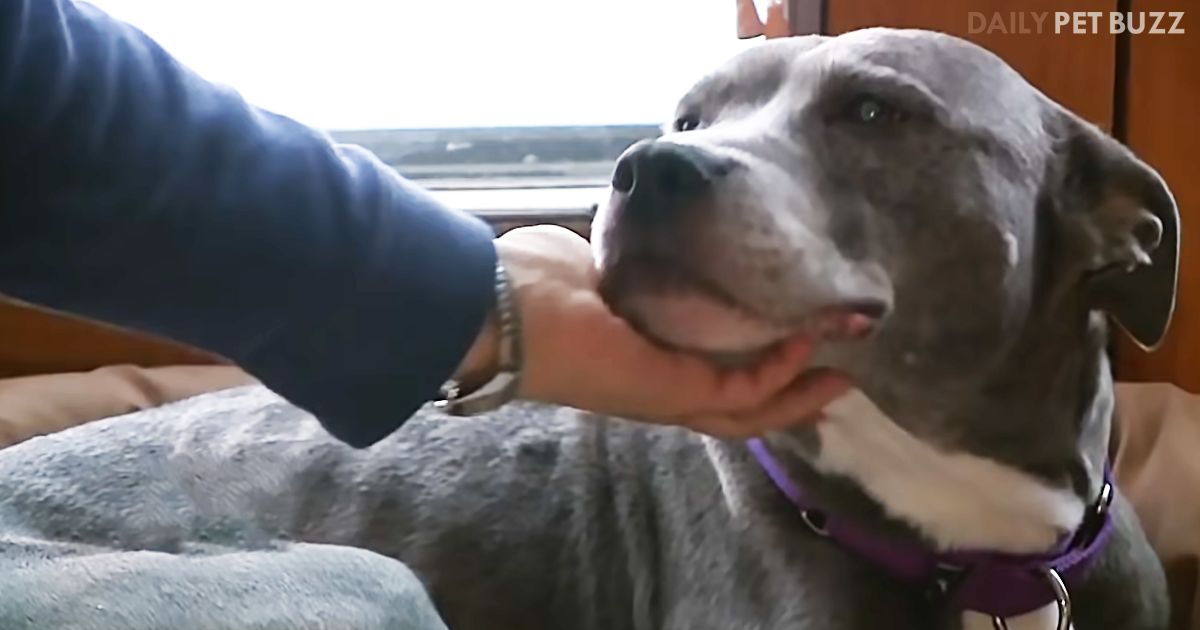 Three nuns, Sisters Veronica Mendez, Virginia Johnson, and Alice Goldsmith, live together in Nyack, NY. In 2014, their hearts were broken when they lost their dog, Kate, to cancer. To honor Kate’s memory, the sisters decided to save the life of a dog in need of immediate love and care.

A week after their dog passed away, the three nuns went to the Hi Tor Animal Care Center in Pomona, NY. It was there they met Remy, a 9-year-old pit bull who sat waiting for a home for three long months. Because of her breed and old age, Remy had a particularly tough time finding a forever family. That was until Remy’s three angels arrived.

‘I purposely wanted a dog no one else wanted,’ said Sister Veronica. ‘I wanted to bring a dog home that might get euthanized if we didn’t take her.’ When Sister Veronica noticed Remy’s description said she was nine years old, she knew this pit bull was the one.

Today, Remy brings so much joy inside the sisters’ home. In return, the happy pup has room to run and play and gets all the attention in the world. The nuns have also given her a nickname, Thumper, because of the way her tail thumps on the floor when she wags it.

Remy is spending her golden years just the way she deserves. ‘Here we are, three senior sisters, so we adopted a senior pet!’ Sister Veronica told Today.com. ‘We wanted to give her the best three or four years she has left.’ 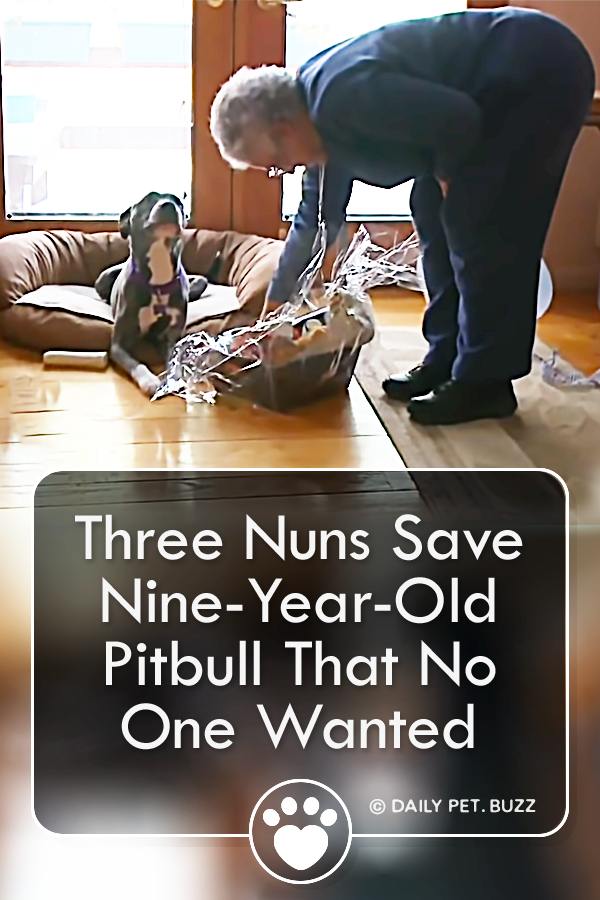