Hope For Paws is a non-profit organization based in Los Angeles with a global network consisting of many rescuers. They come to the aid of neglected and ill-treated animals and do their best to provide them with loving families. Audrey and Eldad Hagar founded this organization nearly a decade ago, and they still stay true to their mission.

Hope For Paws received a call about an abandoned dog that was living on the railroad tracks, so they hurried to examine him. When they came across the deserted pooch, they noticed that he was just a puppy, and quite justly frightened of humans.

Fortunately, they found a way to win him over and took him off to safety. But it took some convincing. They were able to sneak up behind him and loop the catch hoop around him, and then move to the other side of the fence to get him. He put up a fight, but soon he was asleep in Lisa’s arms and on his way to the vet.

They named him Finn. After a bath, he was neutered, vaccinated, and microchipped and in excellent health, so he was ready to adopt! And now Finn has found a loving home where he can get all the love and care he deserves! He’s a spunky little pup who loves to run and get snuggles from his humans. He is definitely the life of the party.

Watch the rescue of this beautiful puppy in the video above. Let us know your thoughts about it in the comments! 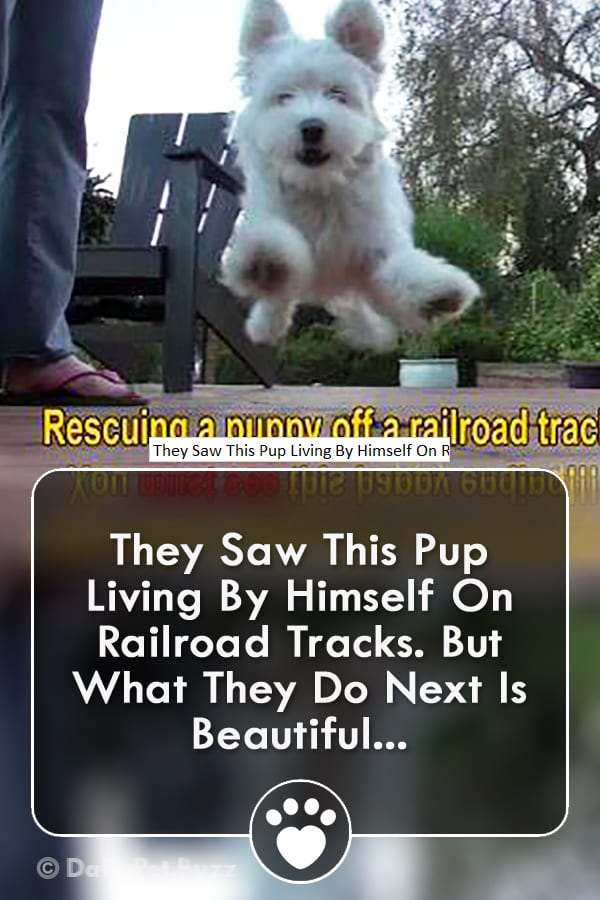