Watching a puppy grow up into an adult dog is a truly fascinating process, almost similar to raising a baby but much furrier and usually more cute. Recently one family decided to teach their tiny little pup how to walk down the stairs and let’s just say it didn’t turn out how they expected!

At only a few weeks old, it’s not surprising that this cute little pup had never tried to go down the stairs before. Like most people (or animals) are when trying new things, she was hesitant, even a little scared.

One paw reaches out to test the waters, but is retracted just as quickly in a moment of panic. She glances left, then right and makes her move, dive-bombing into the bushes next to the staircase as both of her owners absolutely explode in laughter.

The tiny pup finally emerges for the bush after navigating her way out, no worse for wear but still seriously wary of the staircase. Don’t worry though, she’ll figure it out! Having longer legs will definitely help in a month or two.

Did you like this video? Let us know in the comments. We’d love to hear from you! 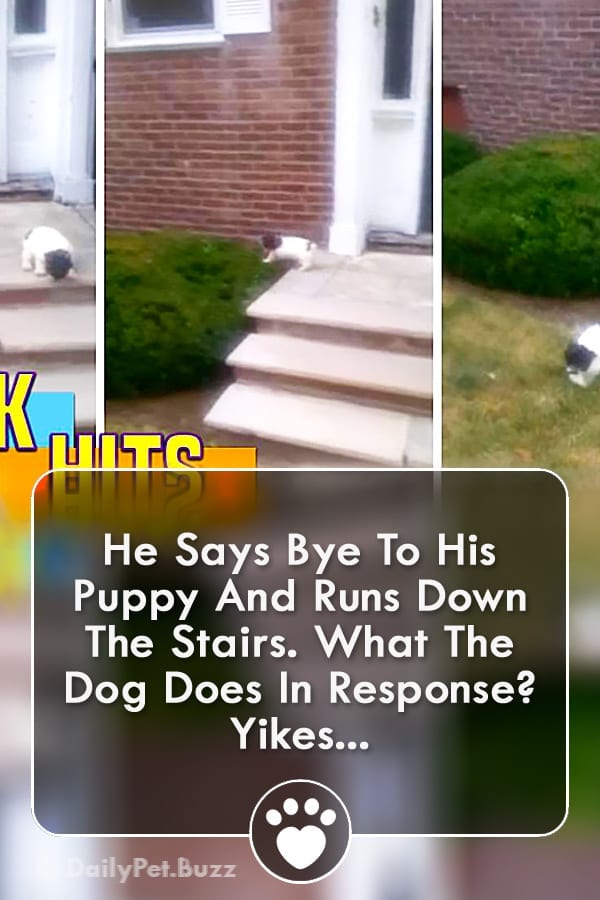