Loyalty is one of the most compelling characteristics of a dog and what makes them highly regarded as man’s best friend. But their ability to just have fun and play is also an endearing trait and one we all enjoy watching on video. When they play and have fun it seems they don’t have a care in the world, especially if their beloved human is by their side. But when they cause chaos, and their human finds out, then they have something worry about. Sort of.

Their love of fun is the main character trait that results in some hilarious antics and adventures at home, especially if the owner isn’t around to stop them. If you’ve ever lived with a furry canine friend, then you know exactly what I’m talking about. When you return home to find a mess, it’s almost comical when you see the guilty party. Once they realize they’ve done something wrong, they usually put on their guilty face and it’s so adorable, it’s impossible to punish them. Who could get angry at the face in this video?

The owner of the two dogs in this clip recorded this video in anticipation of how funny it would be. He returns home to find a big mess and he begins to investigate to find the culprit. Considering he lives with only two dogs, it doesn’t require much of an investigation and the mystery is soon solved, thanks to dogs being terrible at hiding their guilt. Their reaction is hilarious.

You have to watch them yourself in the video above! 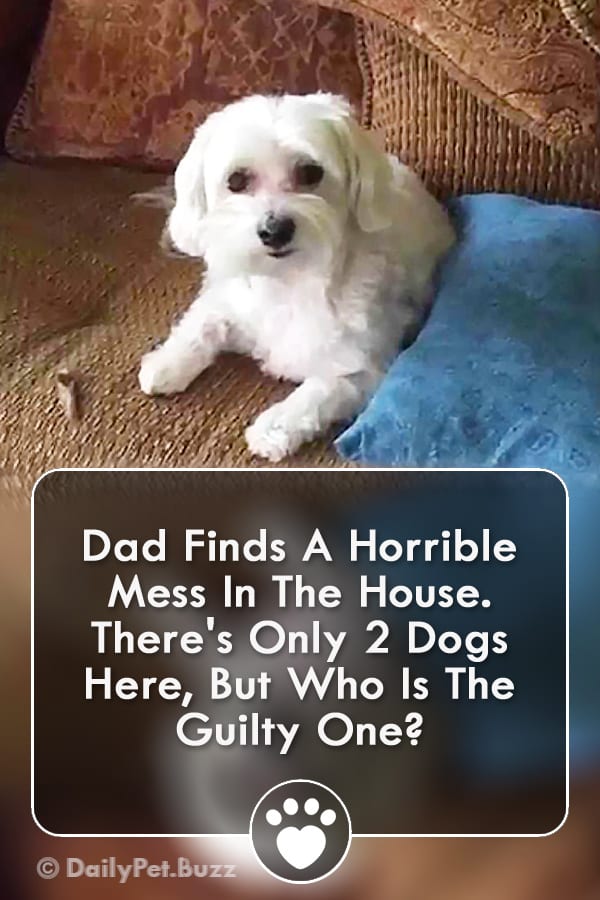