When kids go off to college, it can be a heartbreaking moment for the parents still at home. Watching your baby walk away into the big, real world, far from the comforts and safety of home, can be gut wrenching. But it’s not all tears and sadness, especially for the parents featured in this video. They’ve found a way to keep things interesting, while maintaining closeness with their kids. Even if that means giving their kids a temporary anxiety attack!

Steve Harvey managed to get a hold of some pretty hilarious text message conversation between college kids and their parents. Kids in college can get up to all sorts of trouble, finally flying free, out from under their parents wings. So these parents decided to get a little bit of revenge. Take this exchange for example, between one mom and her kid, who announced through his roommate’s page on Pinterest that he was hosting a keg party in their dorm.

Mom says: Be there in ten minutes.

She then reveals that she’d seen the Facebook post, and reminded him that she and her husband had just deposited a chunk of money in his bank account that morning. ‘so, technically,’ she says, ‘this is our party.’

To which he responds: Why are you friends with him on Pinterest???

She doesn’t respond immediately, so he says, ‘Please tell me you’re joking.’ Then, a couple minutes later, ‘Mom, this is not funny.’

Finally, she responds: ‘Parking the car!’

Sounds like it’s going to be a fun night! I don’t know whether mom and dad actually showed up to crash the party, but it would have been the perfect way to play it!

Check out these knee-slapping interactions in the video above. What did you think? Leave us a comment, we’d love to hear from you! 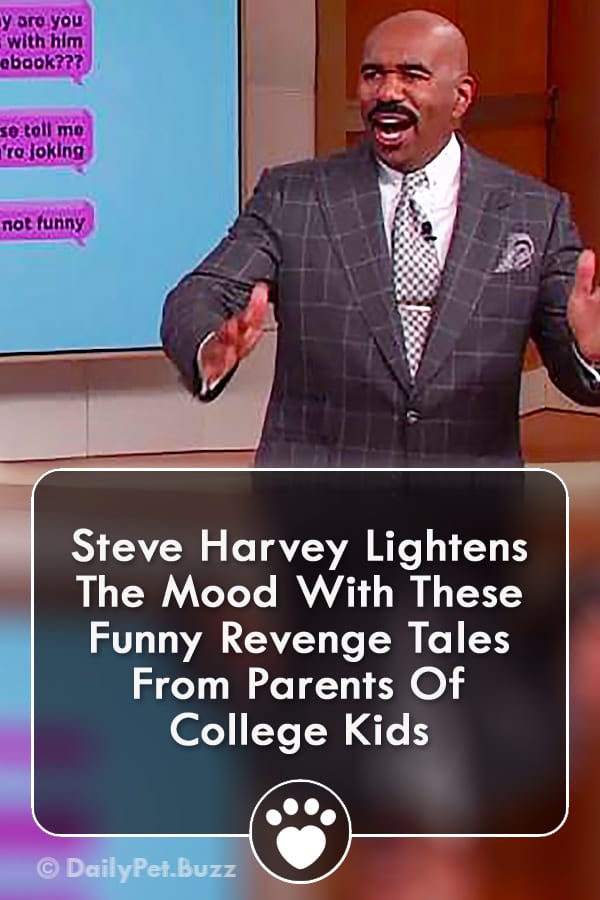