We have seen and heard countless stories of amazing heroes who go through a lot to save the lives of animals who have ended up abandoned on the streets or in shelters. However, no one can compare to Eldad Hagar and his team of angels at Hope For Paws. I seriously don’t think that there can be a video as heartbreaking as this one. Three Chihuahuas are left for dead in the tough neighbourhood of South Central Los Angeles by someone who really deserves to be punished for their actions. These dogs were defenceless and helpless with no idea how to fend for themselves. Some kind person saw them and reported it to Hope For Paws.

Two females and one male dog were dumped in a parking lot where they were just waiting for their deaths, scared and alone. These starving dogs were later found by a local woman and she began feeding them, but was unable to do any more to rescue them. However, the hits kept on coming as criminals decided to shoot the tiny dogs with BB guns! These poor dogs didn’t know what was happening to them or what they had done to deserve this kind of treatment.

Hope For Paws came just in time to rescue them. You can see how patient he is to catch al three by himself, and the woman who had been feeding them came to explain what happened to them. Even after being rescued and cared for constantly by veterinarians, the tiny female still died of heart failure. The other two are now happy and healthy in their foster home with other furry siblings to play with.

What do you think about the current situation of dogs? Let us know in the comments! We’d love to hear from you! 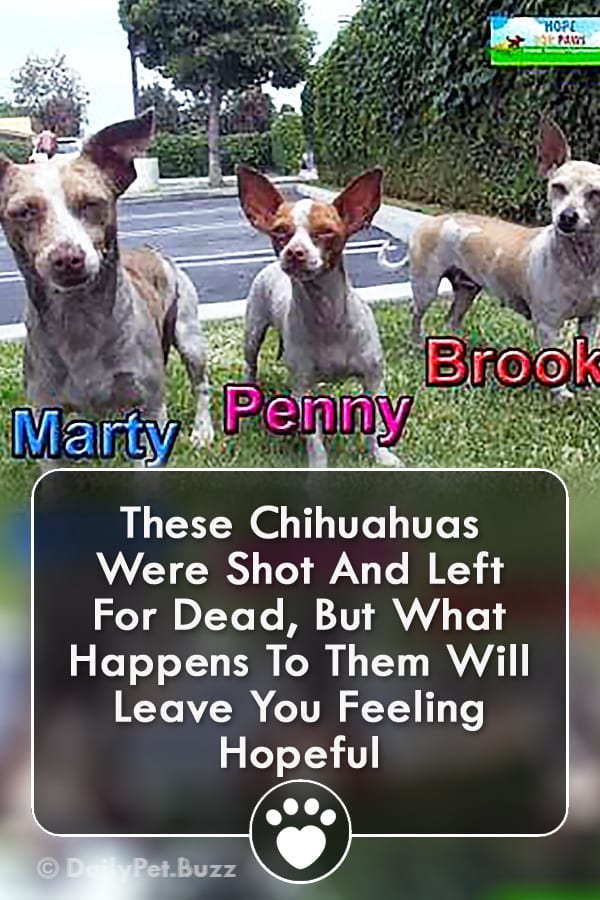