Normally a dog knows when he is in trouble and when to have a guilty look, but not every dog is like that. This adorable husky doesn’t want to accept or admit the fact that he is guilty of taking potato skins from his owner’s plate.  Instead of accepting his mistake he is quite feisty and fights back to his yelling dad, but I noticed he doesn’t move from his bed. And their argument is one that you wouldn’t want to miss.

Apparently, this talkative husky stole dad’s potato skin off his plate and what followed is one hilarious argument. Dad started yelling at this husky, but this dog surely doesn’t want to go down without telling his part of the story. It kind of seems like the husky doesn’t take dad very seriously, and neither does his human mom because she is laughing in the background at both of them.

Of course the argument was all in good humour and you can’t help but crack up every time this husky fights back. Poor dad was robbed off his potato skin but this husky does not feel guilty at all. In fact, he’s so relaxed about the whole thing, he never even moves from his comfy bed.

Let us know what you think of this video in the comments. We’d love to hear from you! And if you think this feisty husky deserves a share, be sure to repost this argument on your Facebook page to give all of your friends a good laugh. 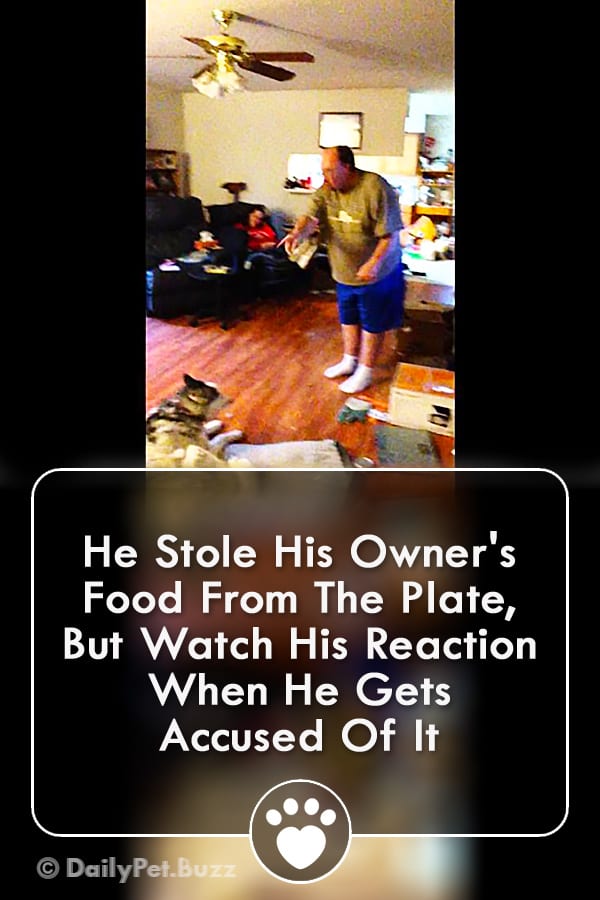