Tempers are a tricky thing ” they can flare up at a drop of a hat and results from that loss of temper can lead to fights. There have been many examples when fights have escalated into tragic events and when someone responsible steps in, it’s a blessing.

But, we’ve seen that happen in human circumstances. But what happens in a dog fight? Who would you expect to step in to break it up? Well, in this video you will see two very adorable looking puppies that have a playful nip and bark at each other until things flare up.

Dog fights can get dangerous as the sharp teeth can do damage if both parties are really mad at each other. When the two dogs in the video get into a fight, it is not human intervention that saves the day! No, it is actually another dog! He hears the commotion and enters the room to investigate and becomes the responsible one in the room.

It’s so nice to see how the dog enters quietly, checks out what is happening, then jumps onto the seating area where the fight is taking place to break it up by scolding the other two dogs soundly. It’s like he was evaluating who was in the right or wrong and told the two to knock it off.

Perhaps he’s done this before or he has younger doggy siblings and is tired of being a witness to silly fights. Either way, this dog has the authority and the other dogs seem to listen to him, even though he is one tiny little thing. This small fur ball is just too cute but packs a power punch when it comes to dealing with tricky situations. You know this is one pooch you want around for sure!

I absolutely love the way he commands the room and gets the respect from the other canines. Do you have similar dog stories? Did you watch the video? What did you think of it? Write in and let us know in the comments section below! 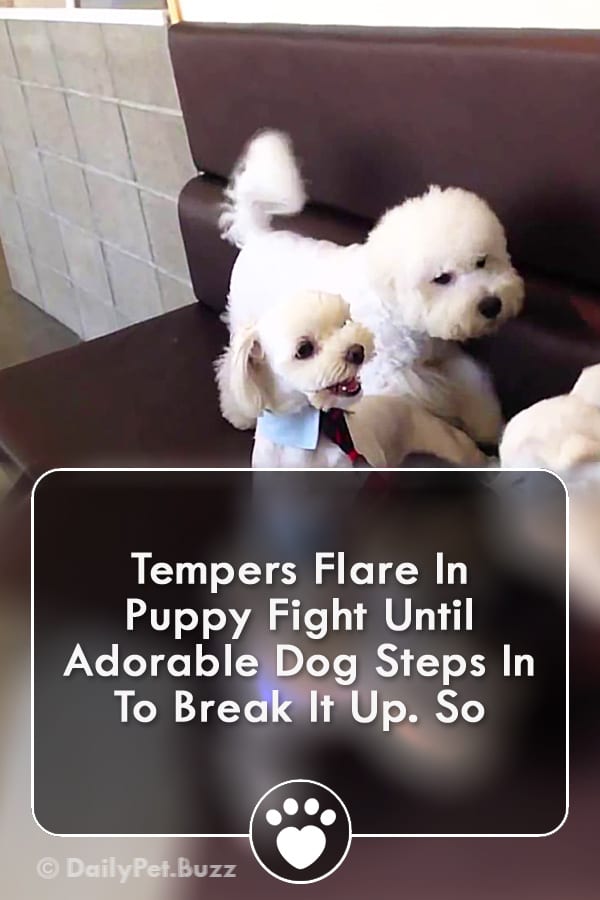