I go to pet stores to buy one thing and one thing only ” food for my cats. I remember going to one pet store, though, where there were dogs for sale and it was clear that the dogs had come from a puppy mill. I felt so bad for one of them ” he was sitting in a glass case (with air holes, of course), that seemed so small for it. Seeing this video made me think back to that time and it just made me sad.

The Humane Society had a hidden camera sting going on in Virginia. Over the course of three months, they went to several pet stores and recorded the lies that the workers, who were only interested in making a sale, told them. They told them they got the puppies from reliable breeders, when that was far from the case. There were dogs that were in poor health, yet were still available.

The list of horrors continues through the video. They find one basset hound puppy that had an upper respiratory illness so bad that he could barely breathe, yet the store’s vet signed off on a sale, saying he was fit. Other places were using puppy mills that kept their dogs in deplorable conditions. It’s all so sad, and it makes me angry that the pet stores are making any money off these poor dogs.

The worker at the end of the video said something that made me so sad: ‘You have to sell your soul if you want to make any money at this. You can’t care about these animals at all.’ All they see are dollar signs when they look at a dog. They will heartlessly euthanize them without a second though. That’s why I agree with the message at the end of the video ” it’s better to get a dog at a shelter.

Have you had any experience with trying to stop puppy mills? Tell us all about it in the comments section. Also, please ‘Like’ us on Pinterest. 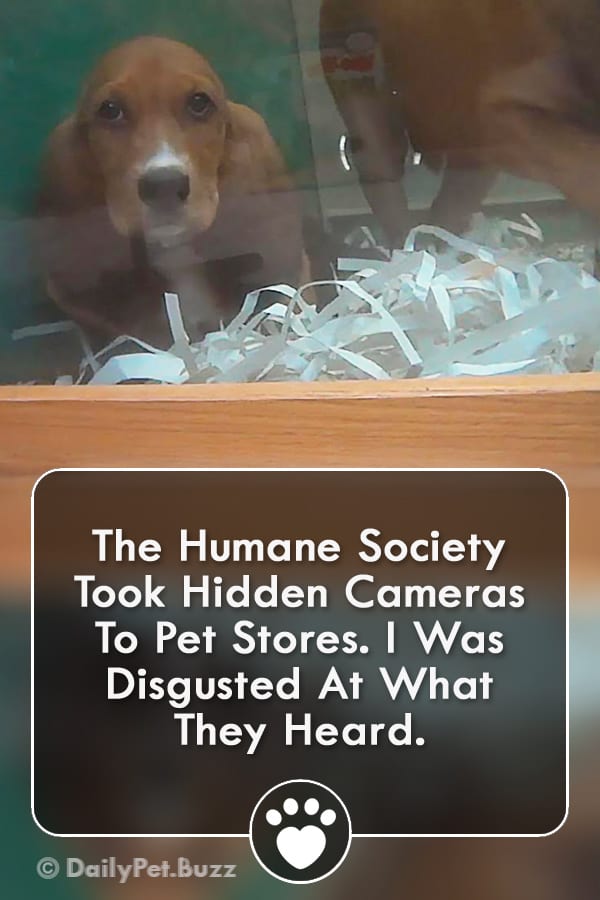