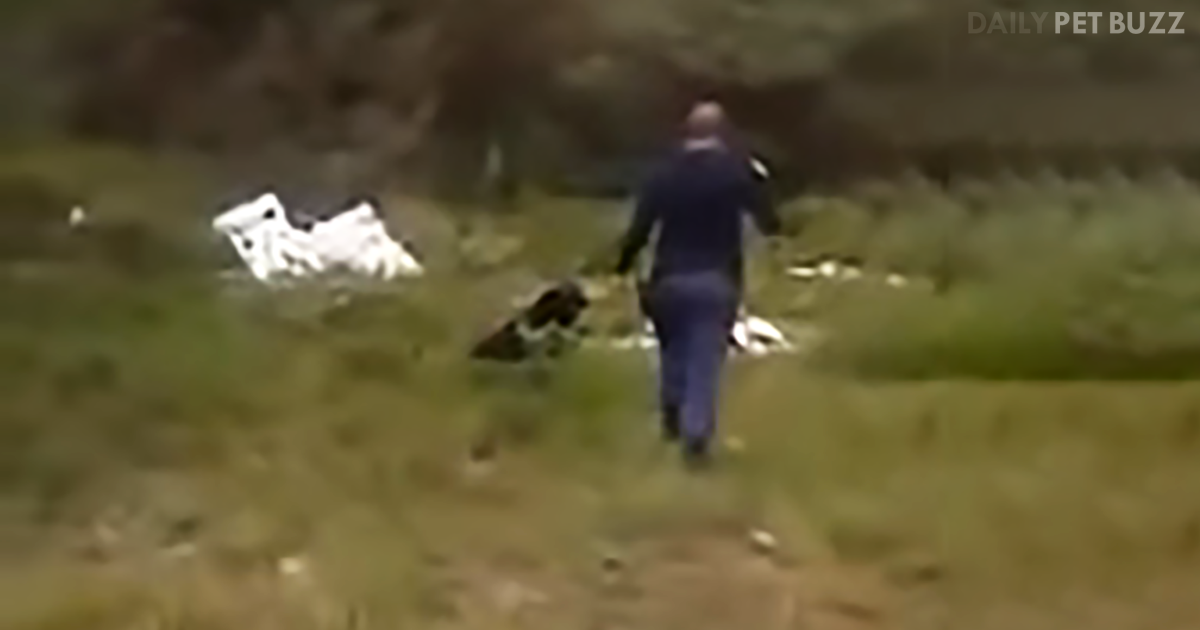 There are workplace hazards – I mean, as a writer, I am at risk for my laptop, possibly catching fire or something like that. Paper cuts are more likely, though. Firemen risk a burning building falling on them. Policemen risk being shot at.

I don’t think this policeman in South Africa expected to come across this pretty funny hazard. It’s a short video, but it’s one that had me choking back laughter so as not to wake my family.

It’s unclear whether this is just a training area, but the South African policeman turns his dog around in a specific direction, toward grassland. He unclips the leash, and the dog is off and running and sniffing.

One of the people offscreen says something that makes the officer wag his finger at him. Soon, the dog sees something and indicates toward it. The police officer goes over and takes a look for .5 seconds before screaming and running in the opposite direction.

The part that had me rolling on the floor was that the officer, who had been speaking in a low bass voice for most of the video, suddenly had his voice go up quite a few octaves as he screamed and then turned around and ran for the gate.

An added bonus was his dog chasing after him in a ‘Hey, what’s wrong? Why are you running away like that?’ way, while his co-workers were trying their best not to wet their pants laughing. While I did find myself laughing until tears were streaming out of my eyes, I realized that there are quite a few species of highly-venomous snakes in South Africa, so his reaction was not totally unwarranted.

Well, maybe having his voice go that high was a bit much, but I don’t blame him from practically pinwheeling his legs as Shaggy would in ‘scooby-Doo’ before he ran. I think I would have made Usain Bolt look like a couch potato in that situation. What did you think? Hilarious incident or needless laughing at a scared co-worker? A little of A and a little of B? Check out the clip below.