There are thousands of animals out there who barely survive every day due to the awful conditions they live in. It’s a wonder that there are amazing organizations like Hope For Paws that dedicate their lives to saving so many of them. You probably recognize them from other animal rescue videos that we’ve shared. They are one of the most prolific pet rescuers all across America, and their videos always inspire me with hope.

In this case, Hope For Paws received a report about a group of dogs who were living as strays like a pack, inside a junkyard in the neighborhood of Compton, Los Angeles, in California. They thought it would be just like any normal rescue mission, but they were mistaken. This story takes an unexpected turn, and you won’t believe what it is!

When they got to the scene, they realized that the mother was living nearby, hiding in the woods. After they got there, they thought that was it, but that is when they realized that the dog was actually not the mother, but the father! They realized that even though he was unable to feed them, he felt for the puppies and tried to give them anything he could find so that they could survive, and thanks to this organization, now they have a second chance at life! Unfortunately, they did not find the mother with them, but thanks to the heroism and compassion of the male dog, these puppies survived long enough to be rescued.

Watch this adorable full story in the video we put above and if you like it, be sure to share it on social media. 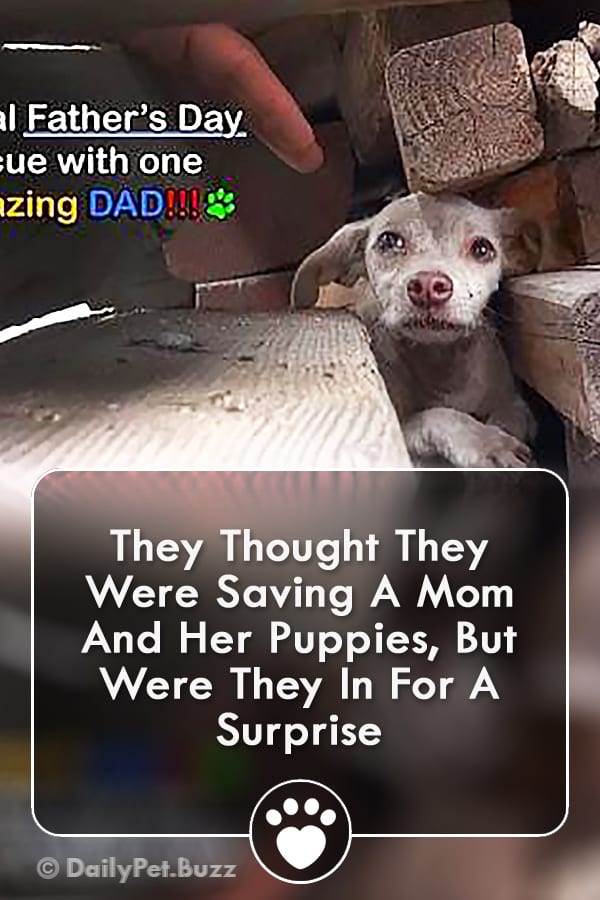