When it comes to animals, there are fewer hypnotic sights than a graceful horse roaming around a field, with nary a care in the world. There’s just something about the synergy of his or her legs and the high speeds that they are able to attain with very little effort. It’s one of nature’s most majestic sights and while horses of common stock are capable of this elegance, there’s just something about an exotic or well-bred equine that is a step above the rest.

Like Pepita, the Arabian horse that we see in this video. At first, she’s led outside by her trainer. She obviously is comfortable with him – there’s no bucking or pulling at the reins in an attempt to free herself. He’s disciplined her well. After a short walk, he stops and signals by raising a riding crop into the air. This is a visual cue and she stands still. Then he turns and starts running and she easily keeps the pace alongside him.

The thing here is that he doesn’t have to use any of her rein to guide her ” there’s no pulling on his end at all. She knows exactly where he’s going to take her and runs along that path. The two have a strong bond. Then, after a little bit of that of running, he may have deemed her sufficiently warmed up, so he takes off her bridle and lets her roam around free. Boy, does that make Pepita happy. Off she goes! You can see the bliss in her face as her mane flows behind her as she runs around.

Pepita has amazing colors too – this is not just some nag that lives on a farm. People will pay a lot of money for her. In fact, she was auctioned off in 2015 and fetched 1.4 million Euros. That’s quite a haul ” roughly $1.6 million. Even more impressive ” she’d also had five foals. Surely those will garner a lot of interest when they are older. Whoever got her will be happy with her – just not as happy as she was when running around freely.

Wasn’t Pepita amazing to watch. I wonder what it would be like to ride her. Sadly, I’m not royalty, so I’ll never get that chance. Would you ride her if you had the chance? Let us know in the comments. Also, please ‘Like’ us on Pinterest! 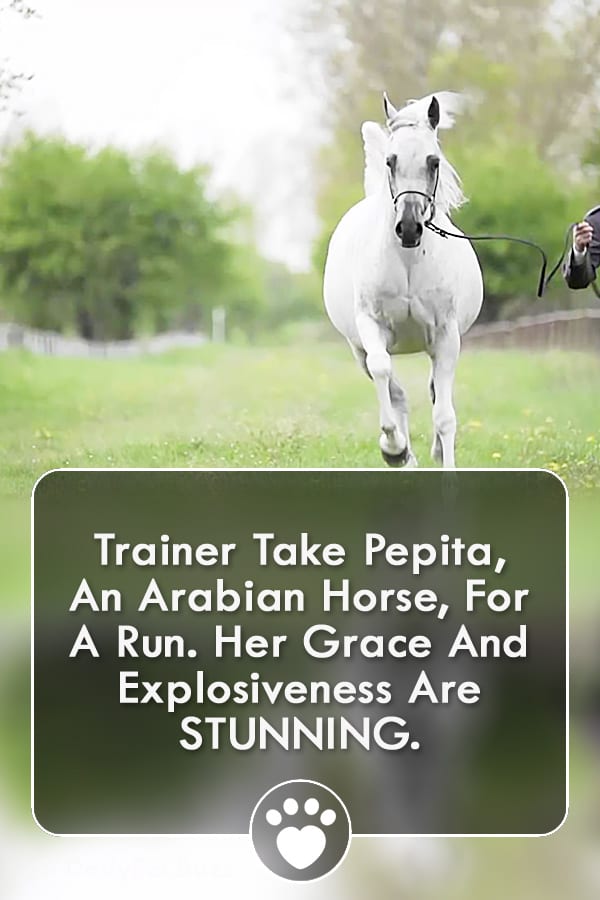