The Humane Society is one of the largest animal protection groups in the USA. It is involved in lobbying for pro animal legislature, investigating cases of animal abuse and rescues followed after the investigations. This organization has successfully saved a lot of animals from devastating lives.

The video above shows how they rescued some puppies from a horrendous life in a puppy mill. The poor pups were living in terrible conditions. One of the puppies who was later named Billy, was in a really sickening state. His cage was rusted and he was famished in such a way that he was only flesh and bones. But thanks to the organization, Billy was rescued along with the others.

When Adam, the Humane Society Animal Rescue worker who found Billy, first took him out of his cage, he saw that half of his lower jaw was missing and his tongue hung out of his mouth. He formed an immediate attachment to Billy and decided then and there to adopt him. Billy was treated and Adam took him home where his personality really began to shine.

Billy loved to play with the ball and cuddle with Adam. He put his head on Adam’s shoulder as soon as he was removed from his rusty cage, and that behavior never stopped. But unfortunately, over the holidays a few months later, Billy passed away. He could no longer overcome all the years of horrible neglect.

Watch the video above. His transformation is truly amazing! Share your thoughts about it in the comments! 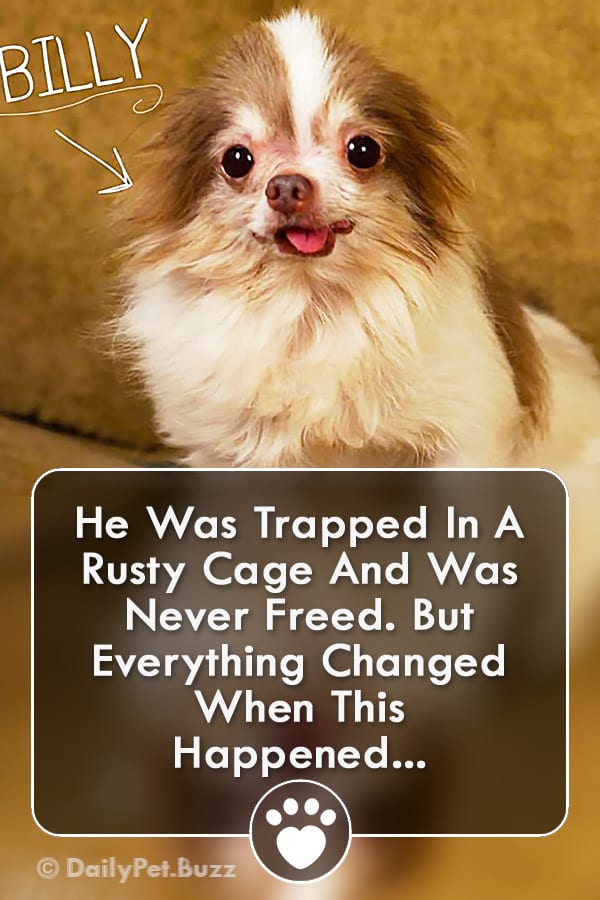