One of the greatest things about being a pet owner or an animal caretaker is being demanded by them insistently. Animals can get very attached to certain people or activities and they’re never shy to show it to everyone, in the most peculiar ways! This is not something exclusive to cats and dogs, either. All kinds of animals have crazy ways to ask for love from their human friends.

The video above shows a horse asking affection in the most adorable way possible, and it will surely bring a smile to your face in an instant. His name is Levi, and he loves when his caretaker rubs his neck when he’s relaxing in the stable. He lives in the Maxfield Equestrian horse home, in Turlock, California, and is a beautiful Oldenburg gelding.

Levi loves neck rubs and massages so much, he won’t let go of the man that was taking care of him, and he even pulls him back with his head towards him as he was trying to get away. He can never get enough! Tom eventually slips away, but Levi made sure he showed his love for massages. It’s too cute for words!

Watch this adorable moment above. 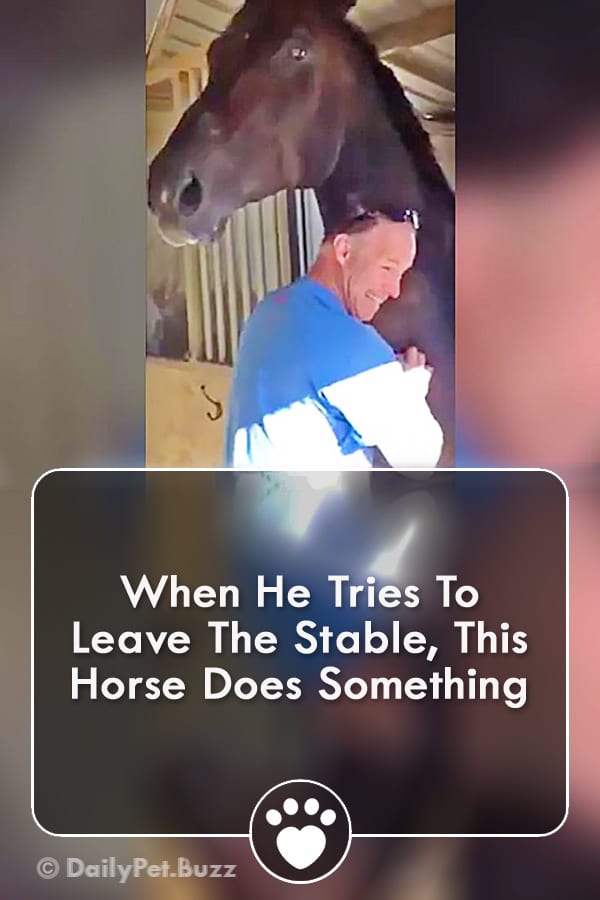