Ever since emojis started to show up on social media and messaging applications, people have been going crazy. The thing is, emojis can express what you need to say with just one – well, emoji. I remember that emojis have actually been present for a long time. But they did come to be on messaging platforms. I remember the very first time I saw emojis was on icq.

Remember icq? Well, unlike some old messaging platforms, this one still exists to this day. It featured innovations that set it apart from the rest. While other messaging applications were tied to one major search engine (yahoo or msn), icq was independent. Users from any place in the world could send messages to each other, and they included emojis.

No one back then had heard of the concept before, and soon after, they started to become more and more popular. They spread across a lot of platforms and got more and more detailed. The way you would send them back then was using a code. Just as you can do now, by using punctuation marks in a different order, you could create different emojis to express different things.

Fast-forward to now and we have literally thousands of emojis. They’re available for purchase or for free download, depending on the site and the complexity. Emojis have become so widespread, that some people communicate by only using emojis. For them, it’s become an art to be able to have the correct emoji for each question. Now, if you ask me, I’d rather communicate myself using the standard form of communication.

The traditional emojis gave way to other similar icons like the ‘Animojis’. These are emojis that represent animals. By using them, you can express your emotions in a whole unique way. If you like cats, then you’ll use the cat Animoji a lot more, the same goes for dogs, horses, and other animals. Now, the best thing about these new Animojis, is the possibility you have now to animate them.

There are many phones that run iOS and Android that have this capability. All you do is record something, and then the emoji or animoji will say it. So, instead of sending the old boring voice note, you can go ahead and send an animoji voice note. So, go ahead and try it. Now, the next video features animojis being used in the best conceivable way. Get ready for the cover of ‘All I want for Christmas is you’ , being sung by – well, animojis of course. Enjoy! 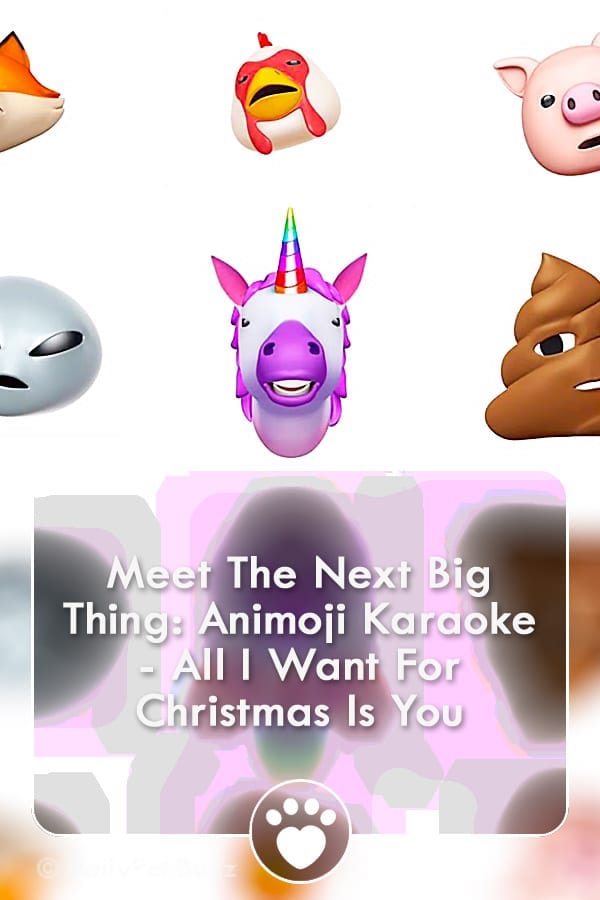