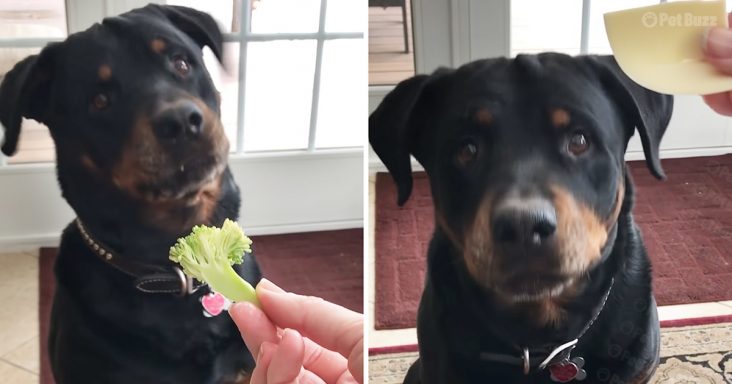 In front of a cute and handsome Rottweiler is a plate of food for him to pick from. The plate has a few slices of carrot, some pieces of broccoli, bread, and a handful of cut cheese.

The Rottweiler is wearing a collar with a heart and bone on it. He sits patiently waiting for his friend to offer him the food. Despite his hunger, he is still very disciplined.

The first thing he is offered is a slice of cheese. The happy Rottweiler eagerly takes it with his mouth, and he swallows it quickly and licks his lips to savor the taste.

When she offers him the bright green broccoli, he shakes his head to say no. His ears flop along with him as he turns his head again when she tries to give it a second time.

Another piece of cheese is held up for him, and he joyfully accepts. It is thin and probably not very filling, but he seems to love the taste of it.

Instead of the broccoli, a slice of carrot is shown to him. The Rottweiler shakes his head again in his distinct way of saying no. Vegetables really aren’t his thing.

For a third time, he ate the cheese, and not a single vegetable disappeared. He has shown patience and discipline, so he definitely deserves all the cheese he can get. 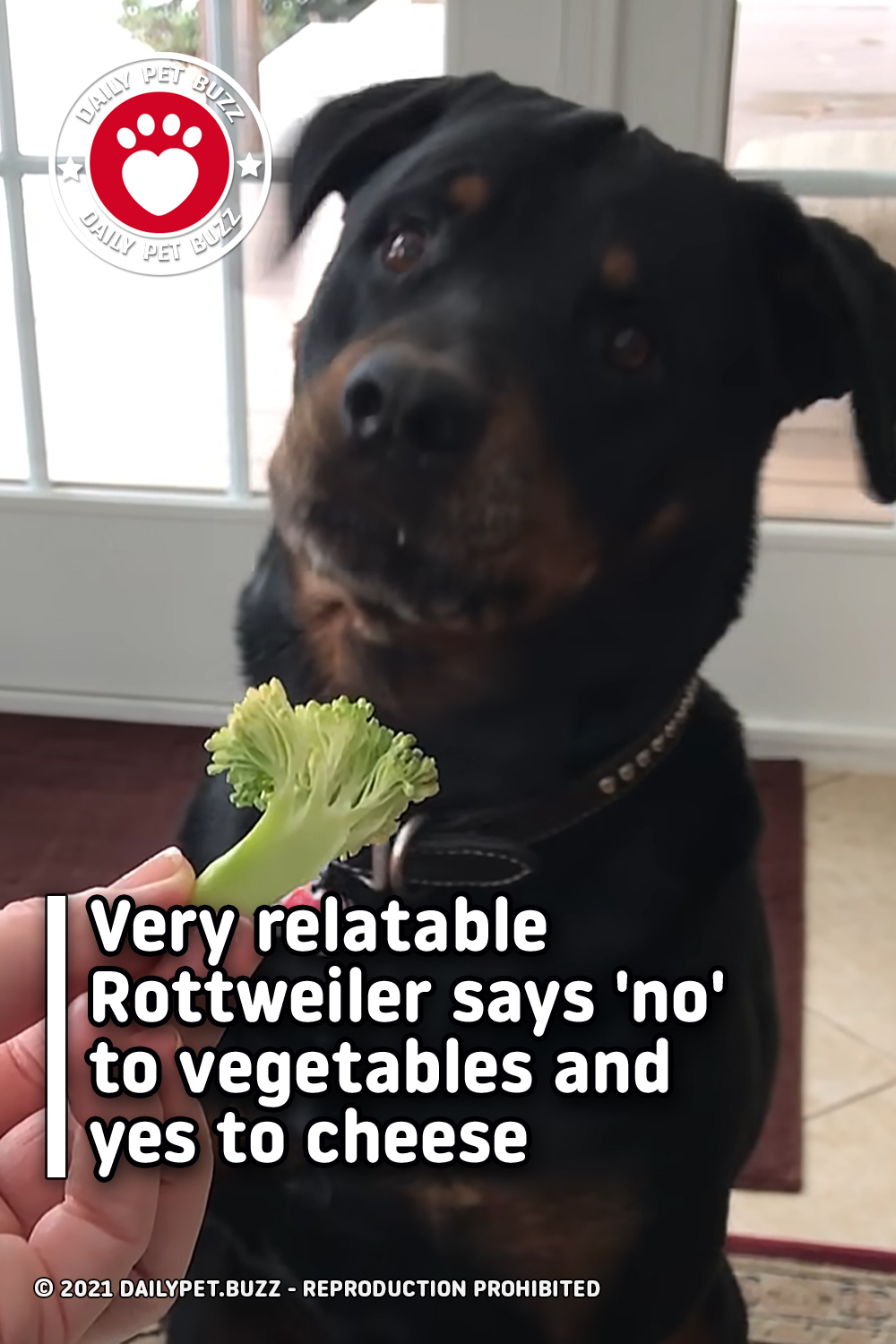