Puppies are beloved for many, many reasons. They’re clever, funny, snuggly, and make wonderful playmates. That being said, dogs can get into some real trouble sometimes due to their curious nature, occasional nervousness, and ability to make some pretty big messes. If mom and dad aren’t around to stop them, they can get into all kinds of shenanigans!

When these Beagles were faced with the consequences of peeing on the carpet, the older pup wasn’t about to take the blame. Instead, he decided to blame the family puppy, who likely had no idea what was going on! You have to see this hysterical clip. You won’t believe how the older pooch pointed out that the mess was the fault of the other dog!

Clearly, the pup understood what he was being asked, or he wouldn’t have been able to give the hilarious answer that he gave. Dogs are way smarter than we often give them credit for, and the proof is right here in this clip. This is too cute! I wonder how often the bigger Beagle blames messes on his little sibling. Do you think he ever gets away with it?

I wonder what the poor puppy was thinking at the time! Hopefully, he wasn’t scolded too hard. The family seems to have gotten a good laugh out of the situation. Besides, who could stay mad at a duo as adorable as those two? They may get into some trouble, but they sure do crack people up while they’re at it!

What did you think of the hilarious footage? Comment down below letting us know which pooch you thought was the guilty one, and share your thoughts on the hysterical clip! Then, share this video with your family, friends, and fellow dog lovers to give them a good laugh! 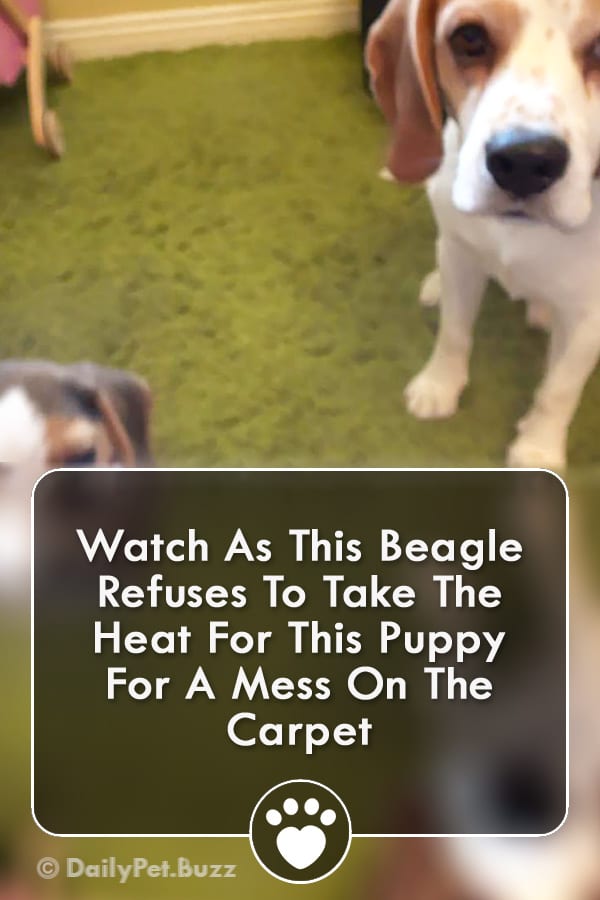