Duck Dynasty is a popular TV show that features a family of duck hunters. The men all have big beards because big beards are required to hunt ducks successfully. I don’t know why, it’s just how it is. It’s like one has to be tall to be good at basketball.

Anyway, the producer once toyed with introducing a new male character in the show. Naturally the newcomer would have to have a big beard. The plan was scratched for one reason or another, but not because they couldn’t find anybody good. There was somebody perfect who auditioned for the show. He’s the actor in this video, which is from a very rare audition tape.

They called him Donald in this clip. Donald is not his real name, just convenient for a duck hunter.

Donald was the family’s new protégé. He became an expert duck hunter in no time. On an unfortunate morning in the bayou, Donald, still inexperienced, offended a group of crawfish hunters. They became enemies and the crawfish hunters kidnapped Donald’s precious toy dog.

Not to be outdone, Donald infiltrated the crawfish hunters by hiding among thousands of crawfish in a crawfish net. He broke out of the net at night and rescued his little dog. He made a careless mistake and got caught, but not before he hid the dog in his beard.

The crawfish hunters tortured Donald by making him eat a hundred crawfish raw and with the shecks on! Then they let him go, all the while he had the dog hidden in his beard.

Donald’s acting talent blew away everyone. The sheck-on raw crawfish eating scene was particularly impressive. Too bad they canceled the new character.

We’d love to hear opinion of this little story. Let us know in the comments section below. It’s a certified safe space. We’ll add a safety pin soon. 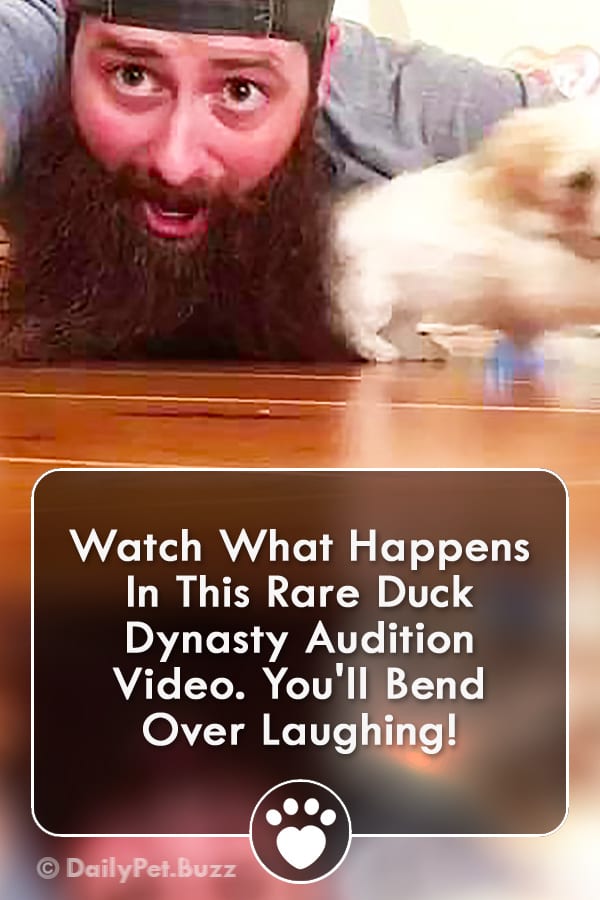