Summer is already here, and the water sports and games have already started. But human beings are not the only ones who enjoy playing in the water while the sun’s up. Pools and water sports are things that we share with the best of our friends, and what better friend to share some nice and fun moments in the water than man’s very best friend?

If you don’t think that pets enjoy cooling off just as much as humans do, don’t worry, this video will convince you in just a second. In the clip, a dog called Milo is struggling to get on the top of the water slide to slide down the same way that all the people are doing it. He looked a bit frightened as he was on to his first ride, but he did not give up in his efforts.

After he makes it all the way down in the slide, he looks way happier and more excited than in the beginning, and he even rushes back to the line back on top of the slide to do it all over again. It’s amazing and hilarious how this dog managed to pull that off!

You can enjoy this hilarious and sweet dog moment in the video featured just below. 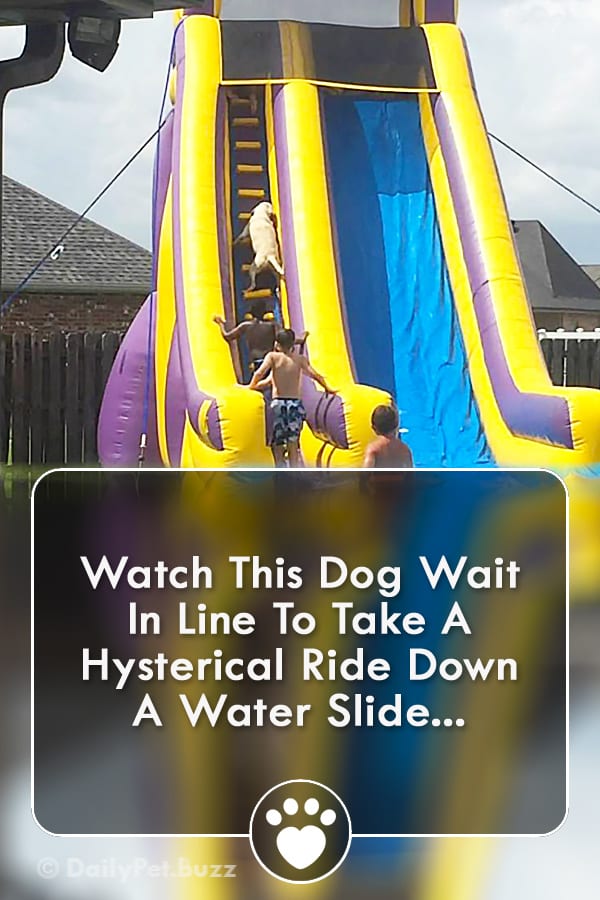