Many animals have an instinctual nature that allows them to recognize when danger is approaching. Be it intuition or a sixth sense of some kind, it certainly helps to know your pet can alert you if something bad is about to happen. In Vancouver, Washington, one family learned firsthand just how convenient and life-changing their pet’s special ability can be.

When the Davis family’s children, Clara and Andrew, begged their parents for a dog, they ended up caving and adopting a sweet little puppy named Patch. From the very beginning, he was the center of attention and was loved by everybody, clearly fitting into the family perfectly. After a few months, Patch had grown so big that the family realized he needed more space. The decision to find a new home for him left the children devastated, and their mom, Nola, didn’t know if it was worth the trouble to keep Patch. She decided to take a few days to make her final decision, and the family soon realized just how much they needed Patch around after all.

When Nola was home alone and taking a bath the following day, Patch had followed her into the bathroom and began biting at her wrist, which was extremely out of character for the typically sweet pup. Nola decided to get out of the tub and figure out what Patch was trying to tell her, when she realized the house was on fire! Patch had been trying to warn her of the danger!

They ran out of the house together when Nola realized her car keys had been left inside, but the house was covered in flames! When she tried to go retrieve them, Patch did what he had to do to avoid letting her put her life at risk. Watch what happens when he tugs on her as she tries to go back in the house, then share this amazing story with your friends! 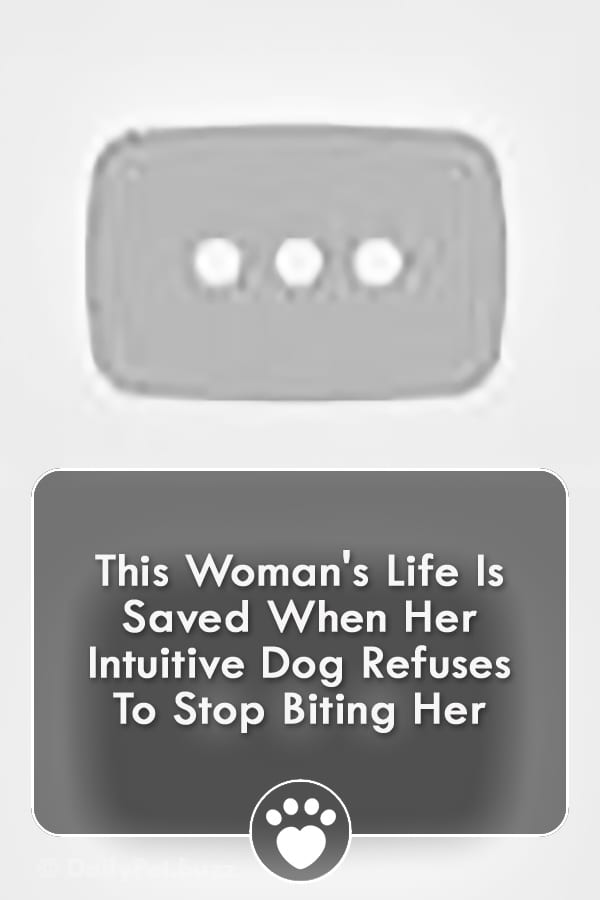