I love seeing videos of children and dogs. Two of the most innocent things in life, interacting with each other. It’s almost impossible to not smile when watching a boy or girl running or sitting with a pooch, just enjoying each other’s company. Time flies when they are together. Parents who save these videos are the smart ones ” they will get to look back years later and reminisce. The parents of the young girl and dog that we see in this video have a treasure trove.

The video shows a young girl named Hadley sitting with her Wheaton Terrier, Gauge. At first it seems like they are playing a game like ‘Patty Cake.’ Then it becomes readily apparent that she’s trying to teach him how to shake hands with both paws. She tells him to lift one paw and then she shakes it. Next, she tells him to lift the other paw. He complies. Hadley then coos ‘Good dog!’ and gives him a treat.

She must have been paying close attention to mommy or daddy when they were doing the same to Gauge, because she’s got this whole thing down pat. There’s authority in her voice. Except for the high-pitched sounds, you wouldn’t guess that this was a young girl at first. She knows what she wants this pooch to do and she helps guide him through it. She even holds his paw in the air for a bit one time.

Hadley is totally going to be a dog trainer later in life. She already recognizes the command/reward aspect of teaching a dog a new trick. Gauge is a sweetie too, patiently sitting there while this tiny girl holds his paw for several seconds. It’s clear that he adores her. The two make such a cute pair sitting there. Maybe when she’s older, Hadley will fondly remember this dog that bonded with her.

I don’t know who was cuter: Hadley or Gauge. What about you? What did you think? Be sure to leave a comment below! 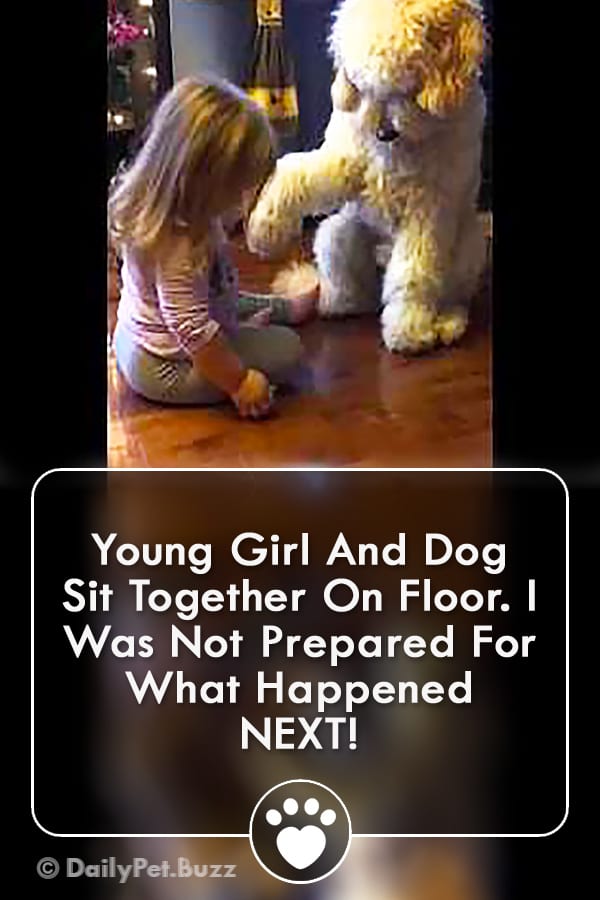