It’s hard to imagine what would happen if I had a pet run away. I see my cats eyeballing the door sometimes and I have to scat them away, but what if they did bolt? That would be a terrible feeling, especially since one of them is older. Would I ever be able to reunite with them in the future? That exact thing happened to the dog we see in this video – and it took a long time, but there was a joyful reunion after all.

We see Gunnar, a Golden Retriever who had been lost for 20 months, in a shelter room. Then a welcome sight for him comes into the room ” his mommy and daddy. At first he approaches them like, ‘Is it really you? After all this time?’ He quickly ascertains that it is, and he starts smothering them all with kisses. This is one overjoyed pooch – his tail is wagging so fast it’s cooling down the room.

This was actually the story of two concurrent searches. Gunnar’s mommy and daddy were looking for him and the City of Pittsburgh Animal Care & Control were looking for a stray dog that was proving elusive ” it turned out to be Gunnar. They finally corralled him and used his microchip information to prove that it was him ” and that’s what made this reunion video come about.

Gunnar is such a friendly dog. He licks everybody that’s in that shelter room. Part of it is that he may have gotten attached to the women that worked there and took care of him while they waited for his mommy and daddy to come get him. It’s so sweet seeing him say goodbye to them while also giving his parents so much love. I’ll echo what one of the staff members said ” ‘I don’t want to see you back in here.’ I hope that doesn’t happen again.

I thought Gunnar was an awesome dog. How about you? Did you have any reunions like this? Please tell us your stories in the comments section. It would also be great if you ‘Like’ us on Pinterest. 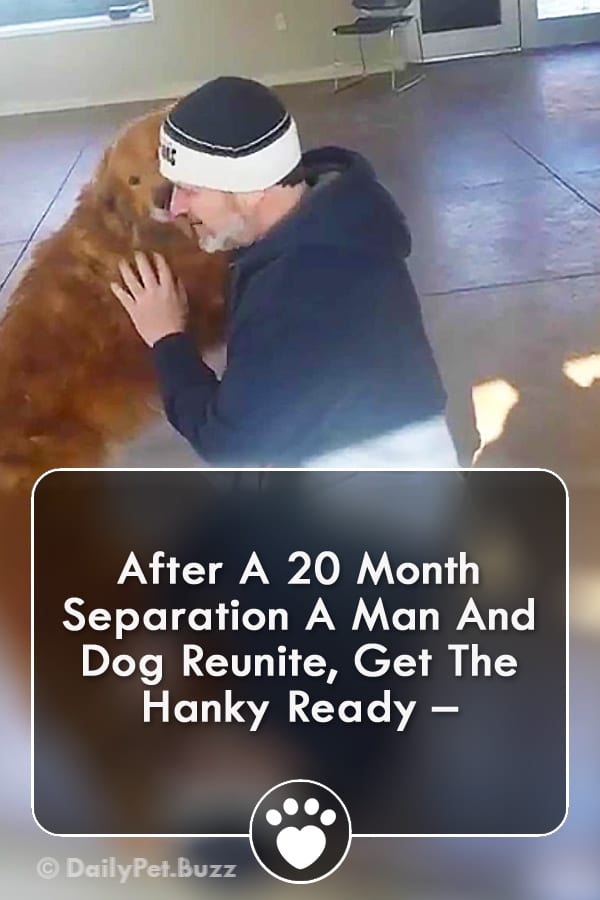