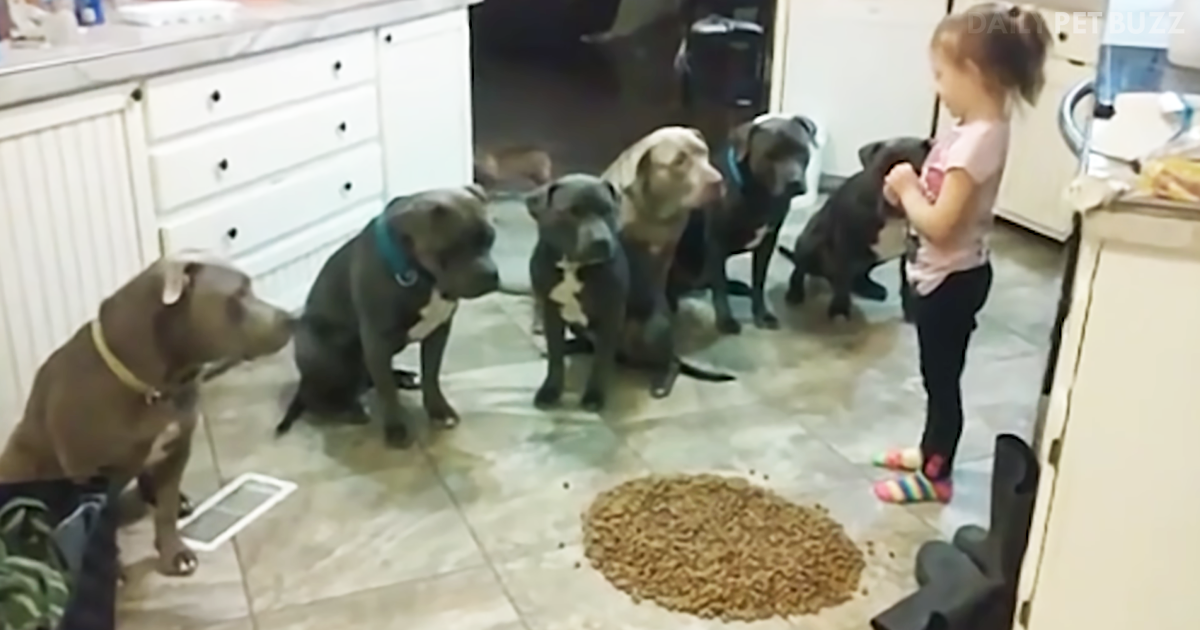 How does it make you feel to see such a little girl surrounded by such big dogs? Do you think this will help dispel that stereotype of Pitbulls being an inherently dangerous breed? Be prepared to witness one of the most amazing examples of the power of love you’ve ever seen.

As the mom who filmed this says in the video, ‘people say it could never be done.’ Six Pitbulls are all staring at their dinner, which has been put on the floor by a 4-year-old girl. Most people would think this situation would be incredibly dangerous, and the little girl would be in harm’s way, but if you understand the power that proper training has over dogs, you know that she’s completely safe.

This is one of the most brilliant videos I have seen in a long time. When this clip starts, the little girl is standing in the kitchen surrounded by six Pitbulls, and she is telling each one to sit and then tells them, ‘thank you.’ One of them, Cain, gets up to move to the other side, and the little girl immediately gets him back in line.

She pours their food on the floor, and they each wait patiently. As soon as she counts and claps her hands, they dig in. All are eating peacefully, and don’t even blink when the little girl touches them while they are eating. That’s pretty impressive. If you have a fear of Pitbulls, check out the video below to see some of the best-natured and well-behaved dogs. 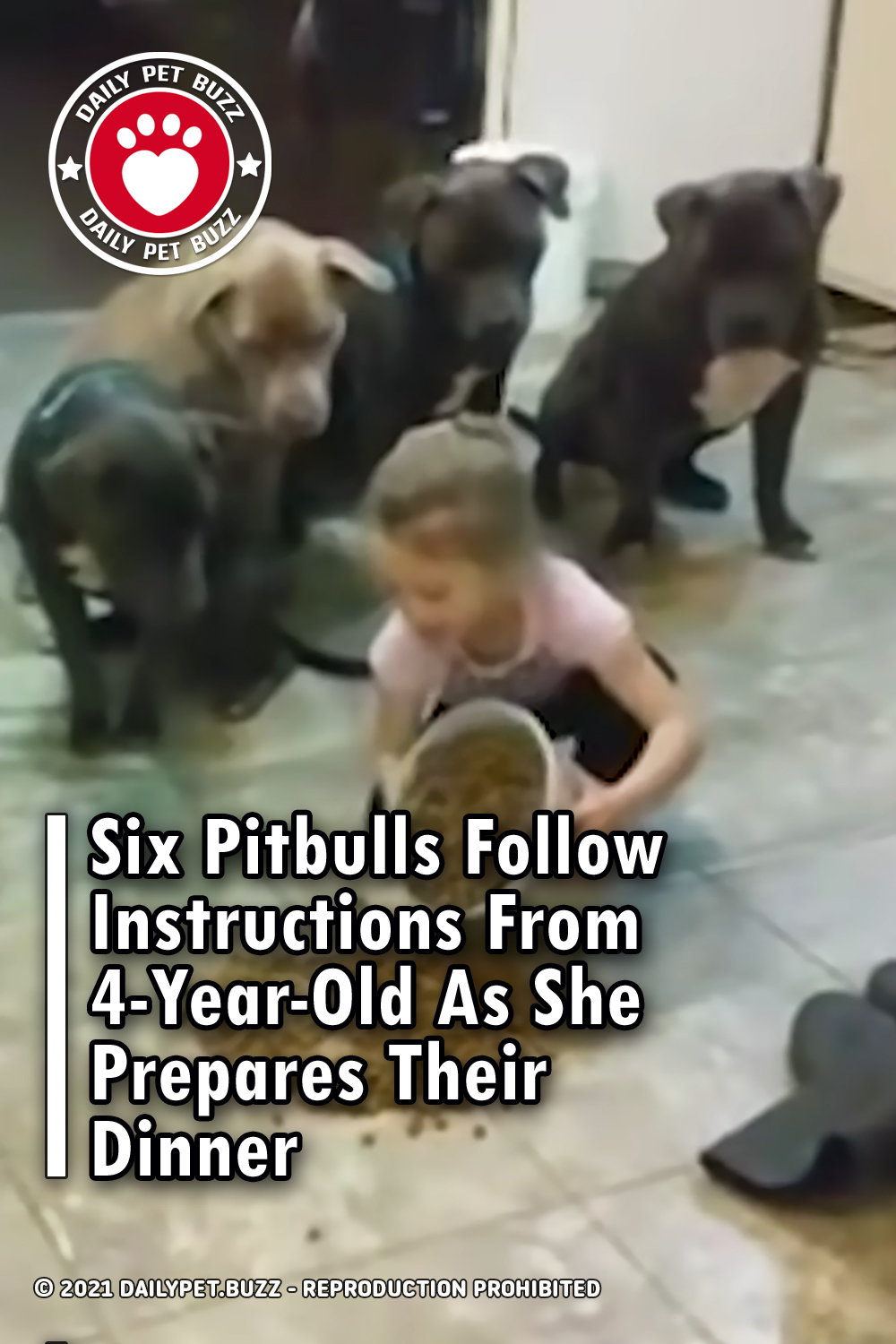