Dogs are known for their intelligence, loyalty and obedience. These traits have given them the title of ‘man’s best friend’ . Any happy and loving dog owner will tell you how these qualities are true; however, sometimes a dog’s nobility has limits.  Usually when having to choose between playtime and obedience is a very tough choice for out furry pals. Dogs also display temper tantrums from time to time, no matter how much they may love and respect their owners. In the following video you’ll see an example of an adorable husky acting like a small child.

Watch as this owner tries to get his full grown husky to go into the kennel. If you thought this husky would be obedient because he’s fully grown, you’re dead wrong. Watch as the husky tries everything from being limp to pleading in order to get out of kennel time. I love how the friend filming this Husky’s antics is cracking up and jus overall finding the dog’s behavior extremely hilarious.

Check out the video above it’s always fun to see otherwise obedient dogs being a being a bit stubborn, somehow they always manage to be adorable! 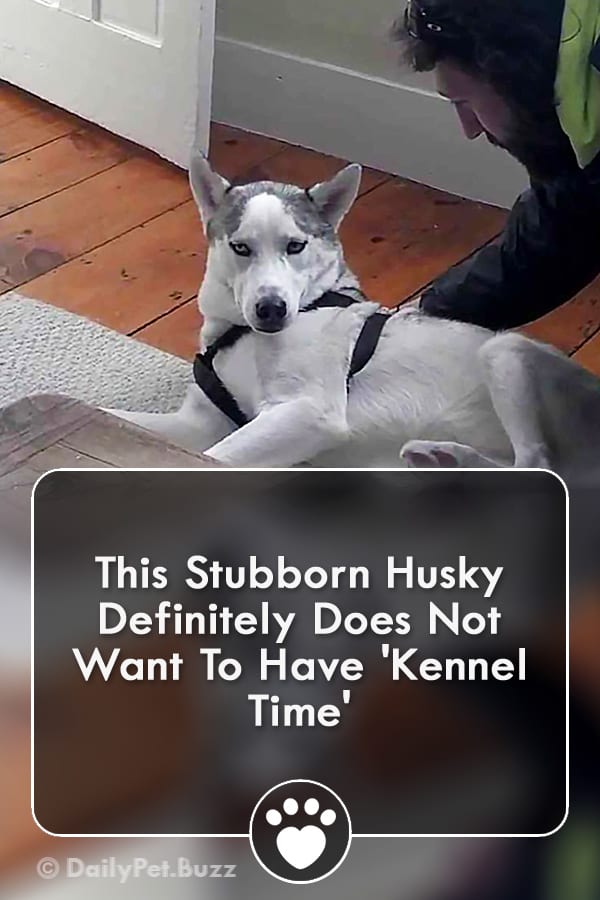