Speaking in public has always been one of those things I struggle with. You know how in school they sometimes make you present something to the rest of the class. I really hated doing that. I stuttered for a good part of my childhood, so anytime I needed to speak in public I knew it would be a long day. I remember I had a couple of friends who knew of my problem and would back me up in these occasions.

There were other times when I just couldn’t avoid doing it. It took me years of failing to overcome this problem. If speaking in public was intimidating for me, even more so was performing. We had a couple of art classes that you had to go up to the front of the class and play a tune on the flute. Those were not my top performances to this date.

I don’t know how people can just put themselves in front of everyone and be judged. They do it like it’s nothing. I had a couple of friends in my class who were good singers. Gosh, I so wanted to be like them. Even if I didn’t sing as good. Just being able to stand up in front of everyone with that level of confidence would have been good enough for me.

Since YouTube started, many people have able to upload their performances. I have listened to many of them and some of those people are pretty good. I think that many of them could even have a record deal. They are that good! For those of us who are not, we always have the shower in an empty house. I always wanted to be a singer, although I was never any good at it. I never really tried pursuing it. For me, being able to do it when no one can hear me is just fine.

The other day I saw this video of a dog who was playing an instrument. His owner had tied some drumsticks to the dog’s legs and the dog would play the drums. It really didn’t sound like much when I heard it for the first time, but then the rhythm made a lot of sense when the boy added some music to the performance.

The next video gets an ‘A’ for performance and confidence. The little boy in the video gets an accordion for Christmas. He has been practicing every day since. In this clip, his dog decides to join in with a little bit of music. Turn up the volume because this is about to get loud! 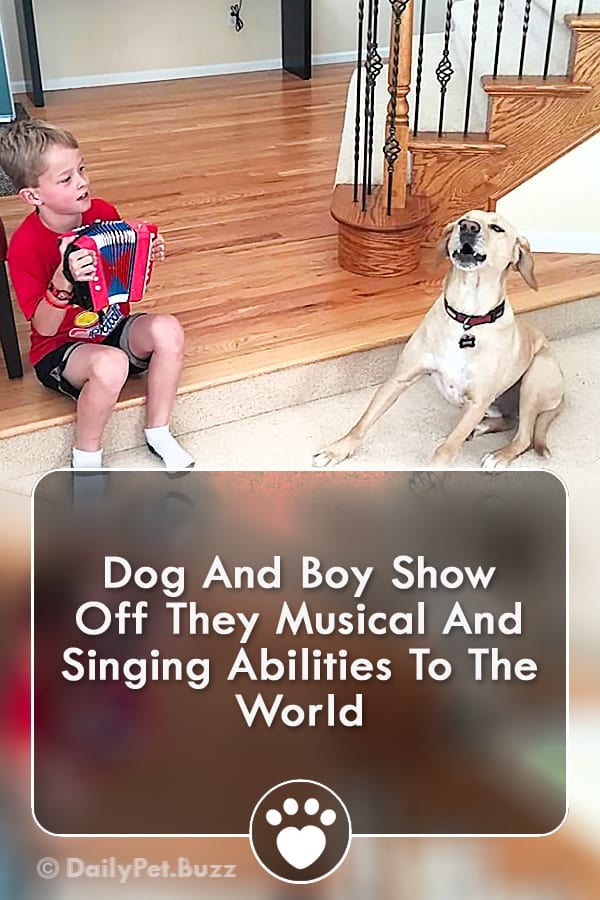