Dogs are loved creatures, ones that get along with many species. This baby elephant found that he had a friend in a special canine that came to keep him company. Abandoned by his herd, Ubuntu was brought to Thula Thula Rhino Orphanage in South Africa where baby rhinos are rehabilitated after their parents were killed by poachers.

Being an elephant, Ubuntu is a social animal and being part of a herd gives them the social behaviour as well as support, but without the presence of a herd, Ubuntu felt very much alone. He had a huge umbilical hernia and abscess, which would have been fatal if he were not given urgent medical attention.

He was also very allergic to all kinds of milk which made the sanctuary staff really rack their brains on how to give the baby elephant nourishment until they were successful with a certain formula. But what really brought the baby elephant out of the blues was the introduction of Duma, a German Shepherd. Once they were introduced to each other, they became inseparable with the older dog being very protective of the bigger baby.

It’s so refreshing to see the special bond the two share as they play about in the sanctuary. Not having a herd to connect with, Duma filled the gap and became Ubuntu’s companion. Lovingly known as Ellie, the baby elephant someday will be introduced to a herd, but until then, he will remain happily in the orphanage with his best friend Duma.

Love really does have no boundaries. It’s amazing what the dedicated staff at the Rhino Orphanage do to rehabilitate rhinos and in this case, Ellie. SHARE this video to show the world what great and tireless work the staff at Thula Thula Rhino Orphanage do and keep praying for Ellie’s recovery! Write in to us with your thoughts and messages in the comments section below. 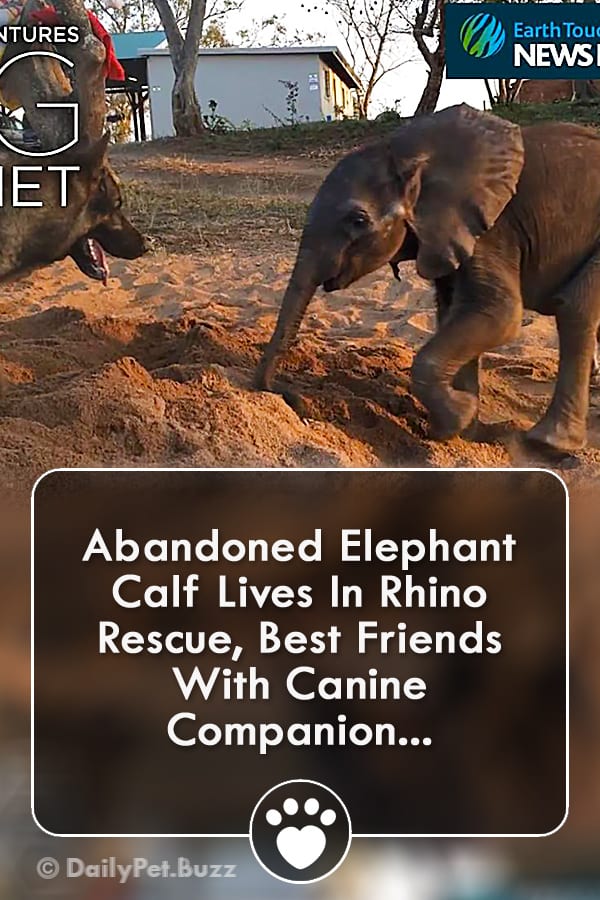