We have seen some pretty dramatic cases of dogs who have been abandoned. Most of them with shocking results. There are times that dogs are just a little bit beyond help. The degree and the extent of their injuries are so serious that recovery is not possible. Dogs that have been used for dogfights sometimes fall under this category. These dogs are usually mistreated and trained to do only one thing; attack other dogs. Once these dogs are rescued, the healing process can be an excruciating one.

These dogs must be healed both mentally and physically. The mental scars are the ones that take the most time to heal. Many of the dogs are abused every time they lose a fight. If they get too tired and make the owner lose money, they can also get punished. These dogs live a daily life of punishment and violence. From the very beginning, they are taught that violence is their life. Socializing them, especially with other dogs can be almost an impossible feat.

Sometimes one of these dogs loses a fight, he is beaten and left for dead. Losing a fight usually implies losing a lot of money for the owner. For some owners unfortunately, these dogs are only a week’s paycheck and nothing more. They show no remorse for the dog as a living creature. If one of these dogs gets sick, then he is not able to make money. Therefore, he’s abandoned.

If he gets severely wounded, they can also be abandoned. Dog fighting rings have hundreds of dogs. They are easily replaceable. After the dog is abandoned, he usually roams around the streets looking for food. As you know, if a pack of dogs sees an injured dog they almost immediately attack. It’s the law of nature. Only the strongest survive the sick or old ones usually die.

On a sunny day in Puerto Rico one woman sees one of these dogs lying on the side of the road. The dog looks dead. She gets closer to take a better look, and as she is approaching, the dog stands up. She then notices that the dog is covered in something. Upon closer inspection, she is shocked at what she sees. There are thousands of ticks covering the dog’s body. Getting the ticks off this dog looks like an impossible feat. She knows that all dogs deserve the right to have a second chance.

She calls a local dog shelter called “Amigos de los Animales”. She sends them some pictures so they can assess the seriousness of the dog’s condition. The dog shelter responds and asks her to immediately take the dog to them. Back at the shelter, Adrienne and her husband, Robinson prepare some medicated soap. It will be a very lengthy process of bathing and removing the ticks. Will their efforts be worth it? Well, it is certainly worth it to try. After they finish, the dog is almost unrecognizable. See for yourself! 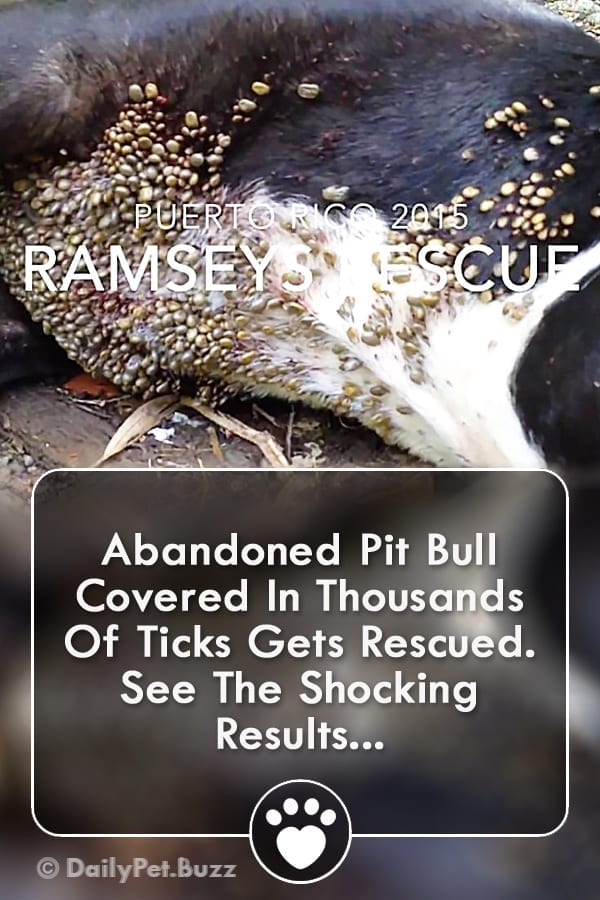