Many people feel jumping from a high-rise building in a parachute is far easier than waking up in the morning. I am sure more than half of you belong to that category. When we get woken up earlier than we want, we have a tendency to be cranky and grouchy. And it seems our animal friends can relate to us quite well. For example, Buddha the bulldog in this clip really doesn’t want to wake up.

This handsome bulldog loves sleeping and doesn’t like being disturbed while he is taking nap. So his owners decided to record his response by waking him up. You are going to melt when you see his cute, albeit hilarious, reaction! He definitely isn’t a morning dog. This adorable pooch is possibly the spirit animal of many people.

The dog is in bed with his owners, and he’s upside down with his head on his dad’s shoulder. Dad woke him up and he’s not happy about it. He flails around a bit, hitting dad in the face with his paws, but the sound he makes is the really funny part of this video. He is clearly protesting having to wake up!

This sound is like a cross between a growl and a high-pitched moan of some sort. I’ve never heard a dog make this sound. His owners clearly find it amusing and lucky for us, they recorded it to share on the internet and make everyone laugh.

Watch the video above and let us know if Buddha cracked you up in the comments section! 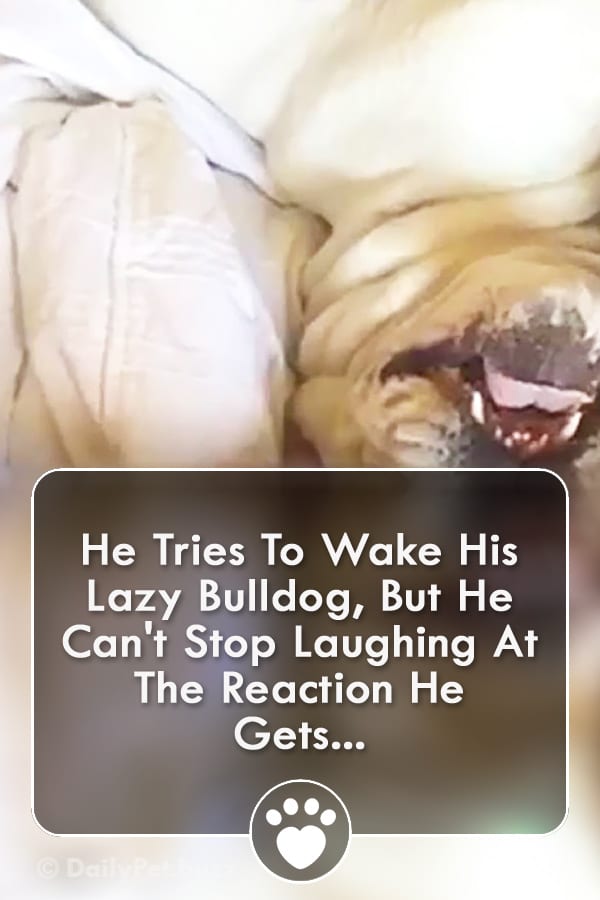