This is just one of the most adorable things I’ve ever seen. In the following video, a calm and determined dog has a mission to figure out a way to climb on the couch, so that he can get some pets from his parent. His determination is something to admire, for sure! I’ve never seen a pup with such a strong will to fulfill his goals, but this little fella nails it. Or maybe he is just so in love with his humans he just has to find a way to get on the couch with them.

While it’s true that lots of dogs have an easy time when performing physical tasks, such as getting on top of furniture, it does not apply to every single one. For example, the doggy in the clip right down from here hasn’t quite figured out how to deal with heights and differences in them. He slowly realizes that he has to back up a bit to pick up momentum, in order to perform a nice jump. He’s just a puppy so he is still figuring things out, but his determination is evident in this next clip.

He might fail many times, but that doesn’t break his spirit. He carries on and tries several times without giving up, and it’s more and more hilarious every time. Other dogs would have given up by now, but will this little guy perseverate? You’ll have to find that out for yourself! 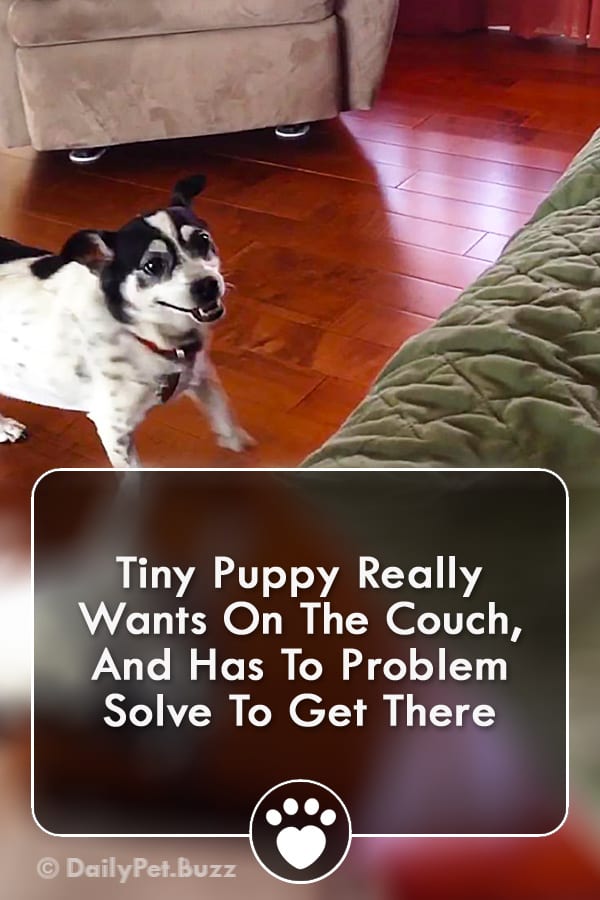