Philadelphia recently passed a bill that will change the way people bring new pets into their lives. The legislation bans the sale of commercially bred puppies and kittens at pet stores, and outdoor areas like flea markets and roadsides.

The movement aims to reduce the number of puppies and kittens moved through breeding farms. Standards of living in these farms are abysmal, with many animals being kept in squalor and subject to abuse.”Not only does this cut off a huge market of puppy mills, but it is also significant that the largest city in Pennsylvania, which is a huge puppy mill state, has taken such a strong stand against puppy mill cruelty,” John Goodwin of the Humane Society of the United States (HSUS) said in a statement.

It may surprise you to know that even today there are more than 10,000 puppy mills currently operating in the United States. These places provide over two million puppies to pet stores nationwide. Many of these mills remain legal due to the low standards set forth in the Animal Welfare Act.

Action like we’ve seen in Philadelphia will help put a stop to these kinds of practices. When you’re thinking of adding an animal friend to your family, please consider adopting from a local rescue shelter.

Watch an undercover investigation of pet stores in the video above! What did you think? Leave us a comment, we’d love to hear from you! 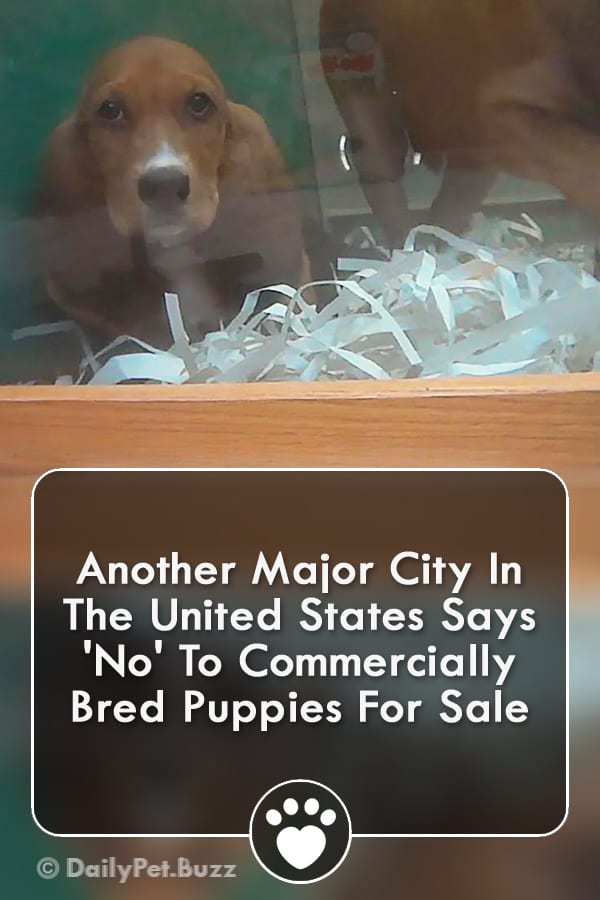