There is an amazing rescue organization called Hope For Paws that has gotten a lot of recognition lately on the Internet for all the good work they do rescuing stray and abandoned dogs from the streets. They have a strategy that works and have saved and rehabilitated thousands of suffering animals. This next clip shows another one of their rescue stories. Hope For Paws received a call one day about a momma dog and her three puppies who were living in a steel yard in Compton. When they got to the place, they began playing with the little pups, but their mama was nowhere to be seen. But finally she showed up and the rescuers went on to catch them all to bring them to safety.
Once they were all taken to the hospital, they realized that the mom was actually a dad and he had been the one that was taking care of the little puppies. In most rescue videos it is often the mama dog that can be seen taking care of the puppies, so it is heart-warming to see a male dog take on this role. I guess it is impossible to know if he actually was the father of the pups, but even if he wasn’t, his instincts told him they needed a caregiver and he stepped up to the plate. Thanks to him, the puppies survived long enough to be rescued. Animals are amazing for sure! The whole family is up for adoption and we hope they find their loving forever home!
Watch the video! Did you like it was much was we did? Share your thoughts with us in the comments. We’d love to hear from you! 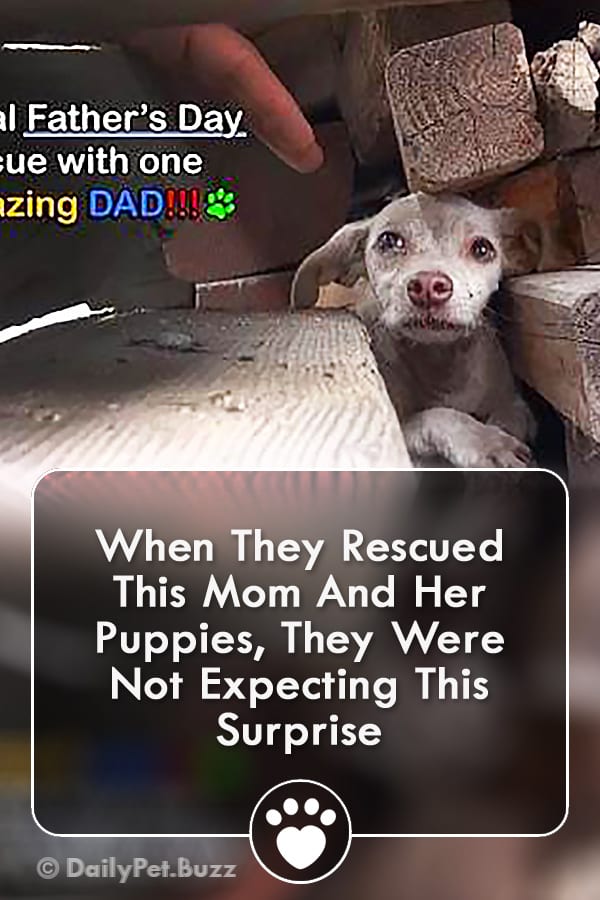