If you have a dog, you might be familiar with stuff getting lost from your room and ending up in the yard. After searching for days, Stephanie Lynn discovered her glasses in her backyard ” without the glasses. Her glasses had been chewed up!

She knew who was responsible for this. She knew the culprit was her dog Rooney, who looks like a boxer mix. So she called him out and asked him if he had done it. When I saw Rooney’s face during and after the investigation, I couldn’t hold my laughter! The poor boy looks so guilty, he even carried out a self-imposed jail sentence! Even Stephanie can’t stop giggling!

Rooney comes running with Stephanie’s other dog into the kitchen like he’s going to get a special treat, but when he sees her holding the glasses, he tries to leave the room. She says, ‘Come here,’ and he comes back and sits down, tail wagging but looking pretty guilty. She asks him if he did it, and he tries to leave again.

She doesn’t let him leave. He sits down and she comes closer and holds the glasses in his face. Then he slowly gets up, goes in the next room, and gets in his crate! She follows him with the camera, but she’s laughing. Poor Rooney. He’s getting punished and mom’s not even really mad.

Watch Rooney’s guilty yet adorable face in the video above. Has your dog done something like this? Let us know about it in the comments! 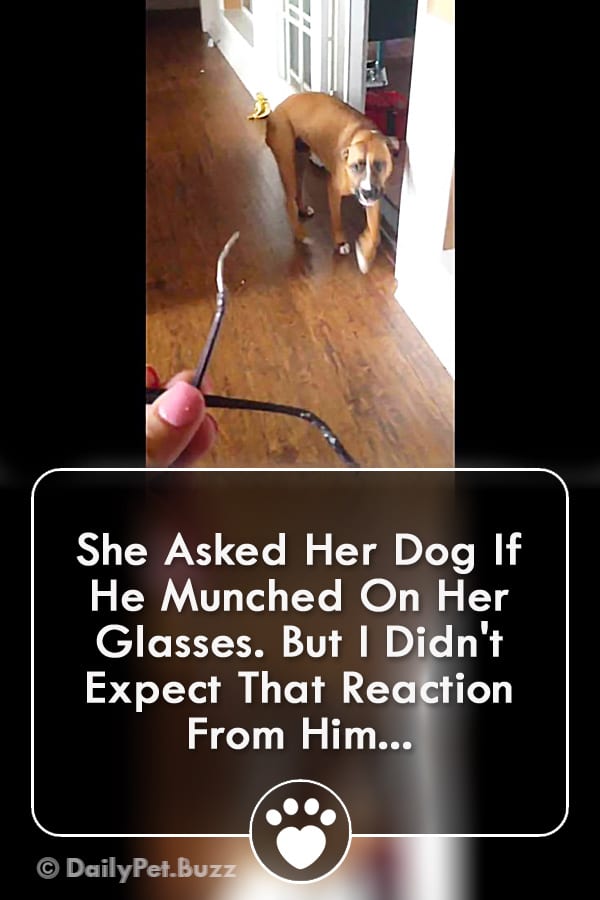