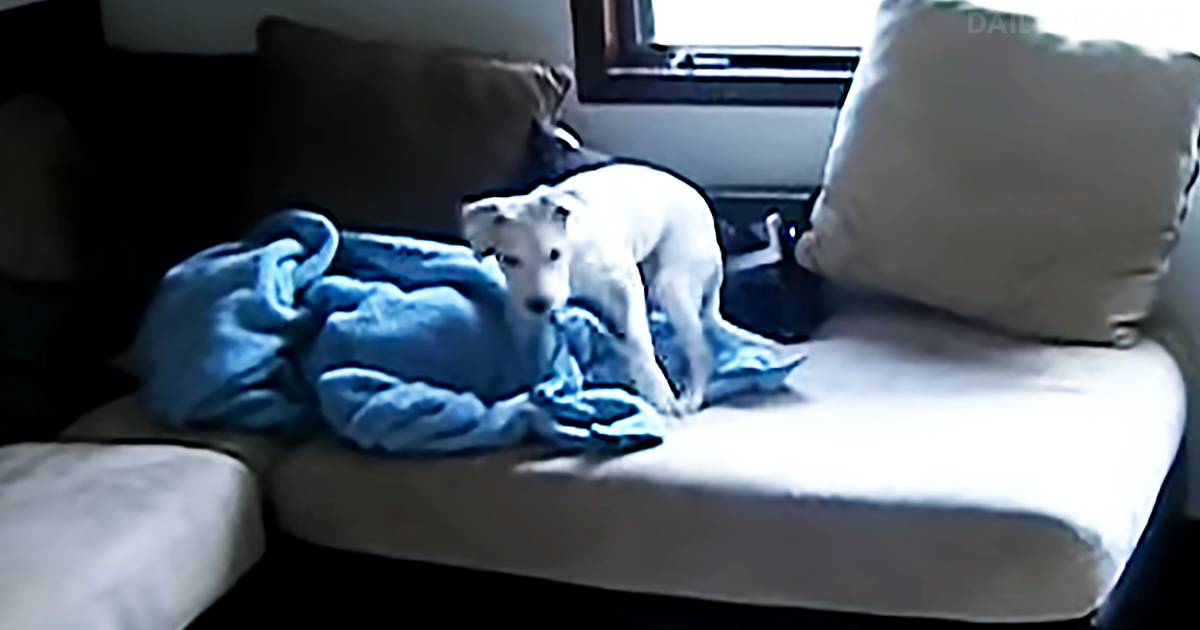 Dogs can be just like children, throwing temper tantrums when they either are told to do something that they don’t want to do, or they are not getting their way about something. They can make the funniest sounds and throw themselves on the ground and just wiggle a lot in frustration. Wait until one of them learns to slam a door behind them – Watch this video for one of the most amusing dog tantrums ever.

We see Elvo, a young pit bull, who is staging the world’s most absurd temper tantrum in the bedroom. First of all, it’s not an effective tantrum if your daddy is in the other room, LAUGHING at what you are doing. That just means that your viewpoint might be in the minority.

Why is Elvo mad to begin with? He’s supposed to take a bath. Well, yeah – dogs generally aren’t fond of baths, but this is not the way to go about expressing your displeasure. Elvo’s temper tantrum takes on an absurd tone when he runs back into the bedroom, jumps onto the sofa again, and flops on his back, which then makes him tumble OFF the sofa onto the floor.

This sequence makes his daddy crack up. Elvo knows his dad’s not mad, though he does come up to him with his tail tucked but wagging. Daddy makes it obvious that he’s in a good mood. There’s another pit bull there demanding attention, too. He’s like, ‘I’m not throwing a tantrum. Pet me!’

Both of them vie for attention at one point. Then, as if to show that he’s really calmed down, Elvo jumps onto another sofa and just plops down. I hope that he eventually had a drama-free bath. I think if it went a little too nuts, his dad would have done a follow-up video. Elvo is way too cute, though. Yet another video puncturing the myth that Pitbulls are vicious, angry dogs. They are so sweet if you give them a good home and treat them well. 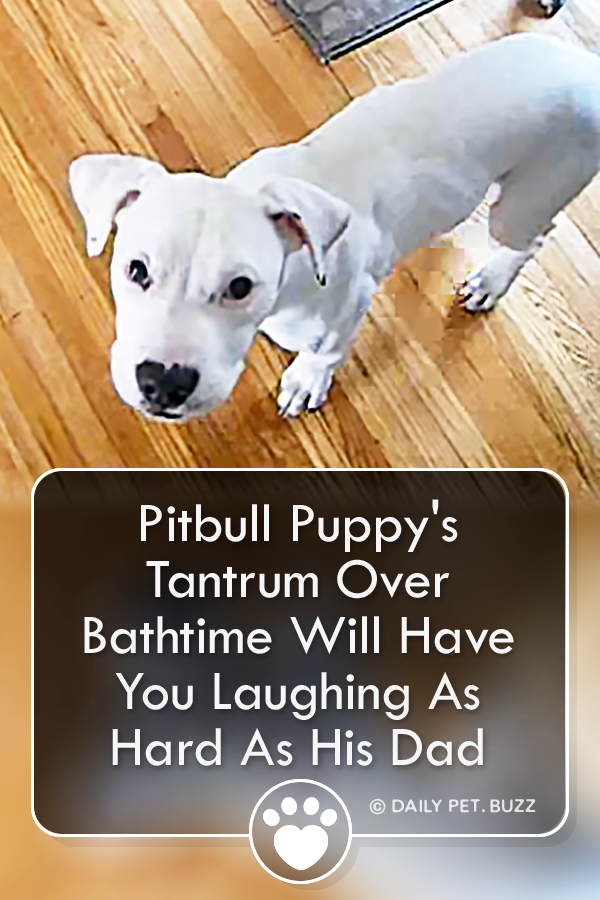