Cats are known to be independent creatures, though they never miss the chance to treat you like their slaves. Cats are never interested in fetching what you throw or giving you their paws. They leave that to the dogs, and we like it that way. But sometimes, you get to witness something so extraordinary that you can’t help but fall in love!

Cat aren’t known for doing tricks. But this cat here can do anything a dog can. She is called Didga, short for didgeridoo. She sits down before her owner with her two Rottweiler sisters, Lucy and Phoenix. He instructs them to lie down and roll over, and they do it! Even the cat! It is pretty awesome to see a cat do something like that!

Didga is famous on the internet and all you have to do is enter her name and you’ll see other videos that show just how talented she is. This video is one of the first, and most people who watched it couldn’t believe that she would do these tricks along with her canine sisters. But she was raised with these dogs, and sometimes, I think Didga thinks she is a dog.

In this clip you’ll see her lie down and roll over, on command, just like her sisters. She’s one clever cat, and I don’t think she sleeps 20 hours a day like most of them! Judging by her other videos, she has lots of tricks to learn and perform, so she can’t be lazy and sleep all day!

Watch this amazing video of a cat that can perform tricks like a dog in the video above! Let us know your thoughts about Didga in the comments! 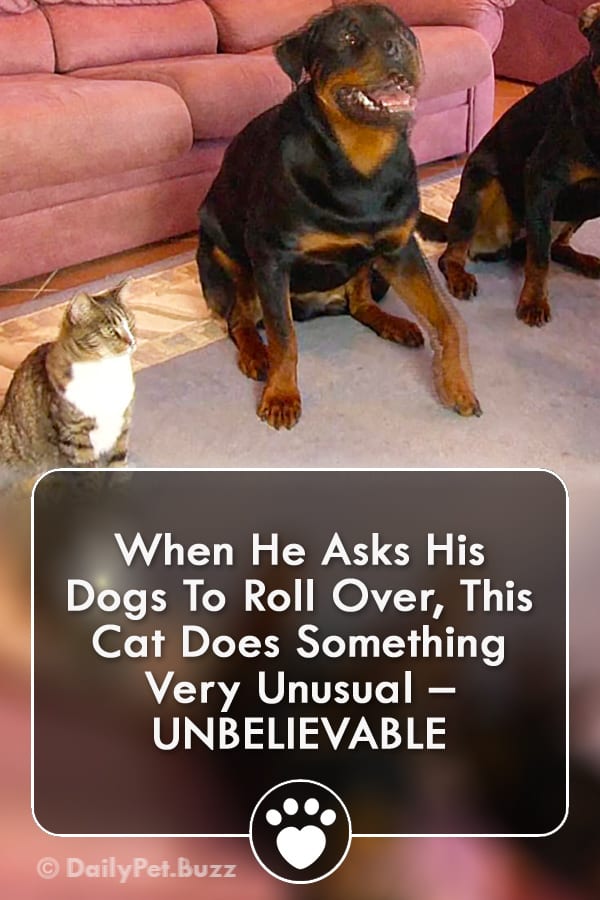