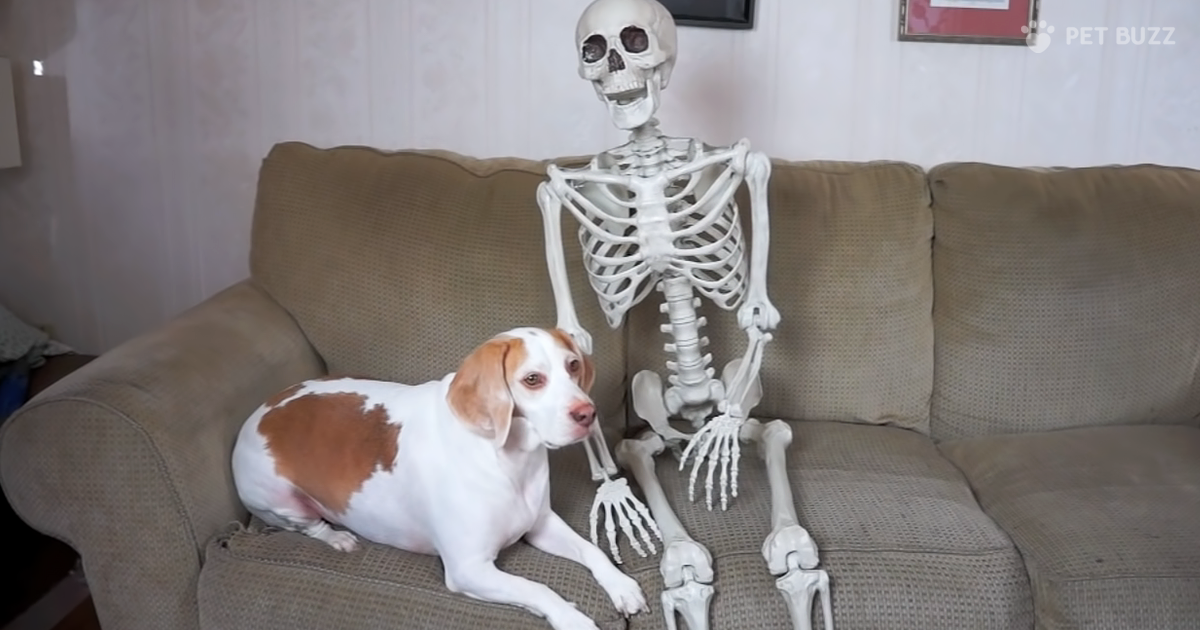 With Halloween being many people’s favorite time of year, you may be wondering what happens when a dog meets a skeleton for the first time. Okay, even if you weren’t, you might still enjoy finding out.

Maymo, a very sweet-tempered lemon beagle, was lying on the sofa one day when he heard a rattling noise nearby. A skeleton was prowling around the house and had just peeked around the corner. By the time the surprised dog was able to turn around and look in the direction the noise came from, the sneaky skeleton was gone. This weird noise and perhaps the sense of a strange presence had Maymo on high alert, sitting up straight ready to spot trouble. Skeletons are nothing if not wily and the bizarre visitor suddenly popped up from behind the sofa. Once again, it was gone by the time the dog turned to look.

The third time turned out to be the charm – if that’s really the word. The skeleton peeked around the corner again but this time Maymo was ready. He jumped up and barked at the bony mischief-maker. Curiosity overcame fright and the dog dashed over to confront the skeleton. There was a brief and inconclusive battle. A short time later, the skeleton came over to the couch and it looked like a beagle-skeleton friendship was about to develop. Instead, Maymo decided that the skeleton wasn’t so much a friend as a collection of bones to play with and chew. Dogs will be dogs.

We’ve posted a video of Maymo’s encounter with the skeleton below. You’ll see why this beagle is such a big hit on the internet. He’s always up to something new, crazy, and adorable, whether it’s stealing treats or running in terror from diet and exercise guru Richard Simmons. 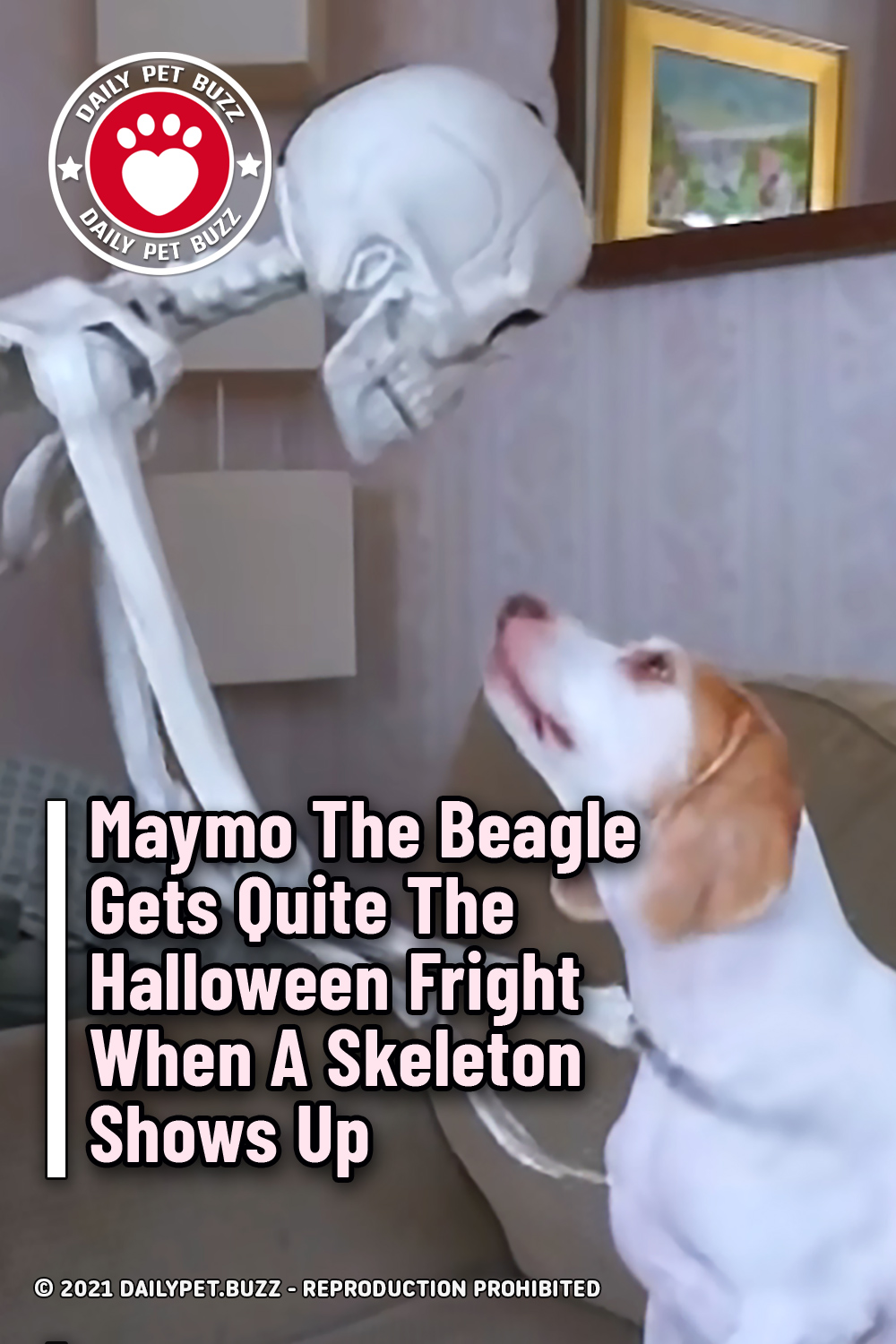